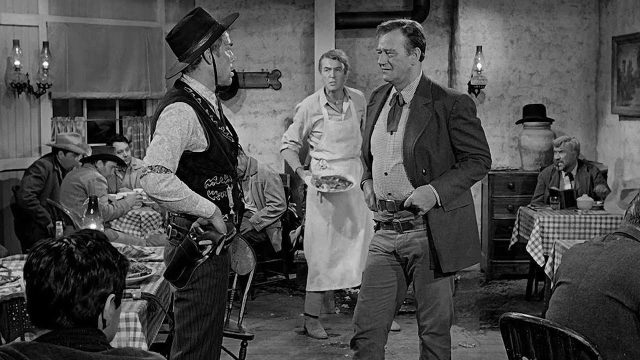 If you are passionate about cinema, like me, you have certainly broken, not once, in time, to study the acting game of those who populated the scenes of yesteryear and you have compared their performance with that of the actors of our generation.

By the way, from my point of view, you can’t call yourself a “movie fan” if you don’t know something about the history of cinema. For better or worse, this story is “responsible” for what we see now, on the small and big screens. In other words, if the films of yesteryear and the actors of other times had not existed, today we would not have been able to enjoy the exceptional films with which we are already accustomed.

Of course, in addition to learning from the mistakes of the past, to the calculation, for the evolution of today’s films, can be added the technology that, in recent decades, has also made remarkable progress. I will return to this subject in the following.

You may have noticed that the actors of old used to play far too dramatically. What did you think? No way! If you saw a difference between the way the Scenario turned the reality of the actors of the Golden Age into that of today, you were right. The question remains: why did the actors of previous years seem to play badly? There are several answers to this question, as we shall see.

Golden Age actors were accustomed to theaters, but also to their acoustics.

If you’ve seen a play at least once in your life, you’ve probably noticed that actors tend to say their lines a little louder so that all the audience in the room can hear them. Of course, theaters are built in such a way that the acoustics are decent. But since no room can offer the perfect acoustics, this task remains in the care of the actors, who must ensure that all the people in the room will hear what is being said on stage. From here, inevitably, a certain degree of drama results.

The same can be said about their sometimes exaggerated movements, which are meant to be noticed by the spectator in the last row.

Consequently, such an actor, automatically transposed “on glass” or, as the case may be, into a movie theater, might be tempted to do “what he knows best.”

Poor technology at the time forced actors to play “fake”

The details just now could be supplemented by more information that, in this case, makes all the difference in the world. Until recently, and when I say that I take into account the period before the 2000s, the technology used in most movies was not exactly the best. Again, there was the question of the sound that leaves the actor and reaches the ears of the viewers or those of the viewers.

Therefore, in order to compensate for the shortcomings of an analog technology that, as a rule, did not do its job properly, the actors were forced by circumstances to say their lines a little louder, which detracted from the quality of the performance. It is known that in order for a certain piece of script to overflow with emotion, the tone of voice is very important.

In this sense, the transatlantic accent was invented, which I told you about in this article, where we talked about the forgotten actors from “Golden Age”.

The lack of talent of some actors, a factor that is also to blame

Absolutely natural, not all poorly performed roles are due to theater training or poor technology. We have to admit: some of the actors even played really bad. I will not give examples in this regard, as tastes are not discussed and I risk, on this occasion, that my opinion will not be shared by some of the readers.

I will mention, however, a trend of horror movies: the presence of actresses who used to implement the “scream queen” technique. If you don’t know what this is all about, remember the famous horror movie scenes where, at one point, you could hear a woman screaming from both lungs, terribly terrified of what was happening to her, or what he sees in the movie. This technique, meant to increase the level of “fear” that spectators feel, has been promoted, unfortunately, for far too many years in a row. Fortunately, it has been abandoned today.

Read:  Living Fire Cave from Apuseni - the legendary location of the "burning" glacier and the connection with the Dacian treasures

What is happening in the cinema of 2022

The 2022 films are approached both in terms of the script and in terms of the execution of the roles, much different from the past. This only makes me happy. I also notice in theaters, but also on the big and small screens, more and more young actors (maybe even younger than me) who show an extraordinary naturalness. If before there was an emphasis on exaggeration, now it relies on the way the actor manages to convey a certain feeling. Moreover, if before micro-expressions were not considered important, now an actor who is able to master them has all the chances to go home with an Oscar.

However, did all the former actors play badly?