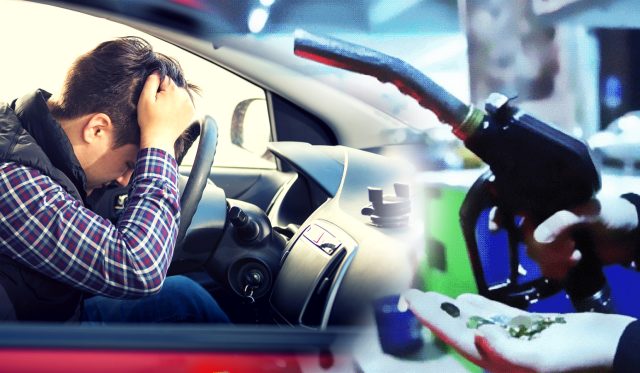 Romanian drivers are assaulted by price increases from all directions, but the most painful ones happen at the pump. Gasoline has just surpassed the most important psychological threshold and, worse than that, continues to rise in price, along with diesel.

Gasoline has just exceeded the price of 7 lei per liter, and the Romanian authorities have no intention of intervening on the price of fuel. At least for the time being, no measures are planned to help the population or companies. In other words, the timer has just started for a new wave of price increases for food, transport and any other activity or service indirectly anchored in the price of fuel.

The explosion of gasoline and diesel prices continues in Romania

For 7.09 lei, a liter of standard gasoline is sold in Bucharest, at a Peco station in Lizeanu. The same company sells gasoline for 7.07 lei in Rahova and 6.92 lei in the Bellu area. Worse than that, however, another company sells standard gasoline for 7.6 lei at stations in the Progresului and Coposu Boulevard areas. As for the price of diesel, it is not very far and weighs around 6.92 lei, both near the North Station and in the Coposu area.

Read:  DMZ, a new limited series from DC, on HBO Max: when we can see it, what is it about

Poland is going through a similar fuel crisis, but the authorities there have already adopted a reduction in petrol and diesel taxes so that the financial impact on citizens can be enhanced. Florin Cîțu, the president of PNL, excludes such scenarios on the Romanian market.

The price cap on fuels or other products will not be taken in Romania, although there are several proposals in this regard from coalition colleagues. “Ceiling, we have to think that capping immediately means shortage. no one, no producer will want to invest in an industry where prices are capped, ”Florin Cîțu pointed out.

Read:  Moon Knight has received a new trailer: the Marvel series is starting to have fewer and fewer secrets for fans