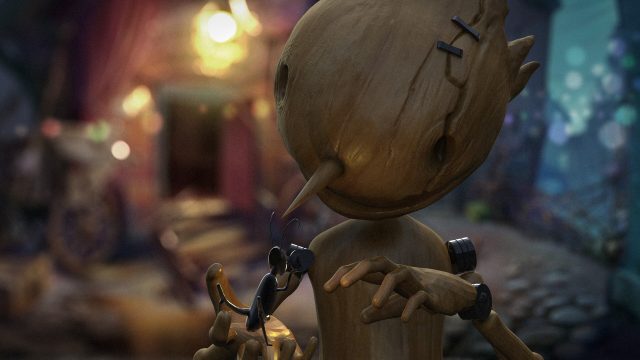 A new teaser trailer for Pinocchio was recently released, giving some details about what we’re about to see in Guillermo del Toro’s latest film.

Del Toro is known to audiences for Pan’s Labyrinth and Hellboy, and his most recent film, Nightmare Alley, was nominated for Best Picture at the 2022 Academy Awards. The director is renowned for the unique tones and visual aesthetics of his films, often incorporating mythical creatures and horror elements into them.

Del Toro’s upcoming film Pinocchio, for which he is writer and director, is a stop-motion interpretation of the classic story. Made in collaboration with Netflix, the film is described as a darker version of the famous children’s story.

Read:  INTERVIEW Dan Teodorescu (TAXI) - about the industry and how hard it is to say things by name, among the pride

The story of Pinocchio, seen from a different angle

A new trailer has been released for the long-awaited film, showing us a darker version of Pinnochio than we might expect. We finally get to see Geppetto (David Bradley) alongside Pinocchio.

Interestingly, another adaptation of Pinocchio will be released this year, this time from Disney and Robert Zemeckis, and the latest trailer for Del Toro’s version makes it clear that the two films will be very different.

Read:  Tesla has begun preparing for the launch of the Semi model: how much will the new vehicle cost

While Disney’s version seems to embrace the classic and much “gentler” version of the story, del Toro’s Pinocchio seems to offer a slightly darker interpretation, more suitable for grown-ups.

Even so, clearly del Toro’s version will be watchable by slightly older children, with no indication of any unsuitable images for minors, the only difference being in the dynamics and general sense of sadness.