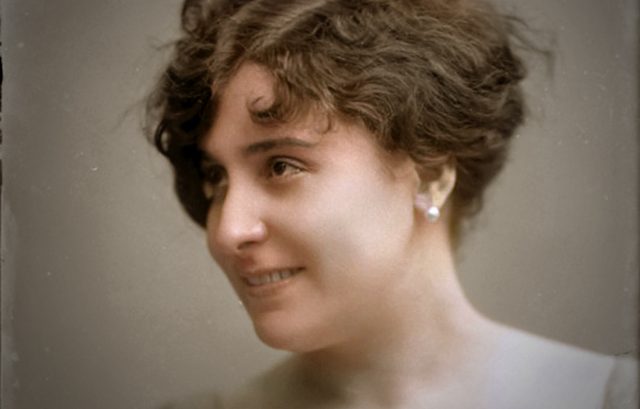 She was one of the most popular and great opera singers in the world for more than two decades, loved by Romanians. Hariclea Hartulary Darclée was the diva who died in poverty and full of debts.

Darclée was considered to have a rare voice, managing to establish herself as the world’s first soprano in the late 19th century. This singer was preferred by famous composers such as Puccini and Verdi. At the age of 58, he decided to come out of the spotlight, even though he managed to make a fortune and die in extreme poverty.

His earnings were impressive, but so were his expenses, including luxury hotels, apartments, private carriages, and well-chosen clothing. However, Darclée faced unpaid debts and policies, so she always had to seek her husband’s consent for every transaction, but not until 1897, when she divorced.

In 1900, the soprano took stock of the losses caused by her ex-husband to whom she gave about 200,000 francs. The family’s business with regard to the recovery of some mortgaged property has resulted in the loss of much of its income.

According to a study conducted by Stefan Petrescu and published by the Romanian Academy, Iorgu Hartulari had many business ideas, but none profitable. An example of this is in 1899, when Iorgu wanted to export cattle to Italy.

Also, the vineyard from Cotnari that she bought from her father-in-law was no longer fertile. In 1899, Darclée sent money to her husband to buy an American graft, but he lost the money at gambling.

After only two decades, the vine has become fruitless again. Although Darclée wanted to sell the vine, her sister-in-law resisted, telling her that “the money is gone, the land remains.” The relationship between Darclée and Natalia deteriorated over time, and Iași knew that the soprano would have left the latter with a 100,000 lei debt.

The study also shows that in the last years of her life, Darclée kept in constant contact with her lawyer in Bucharest, Victor Rațiu, regarding the liquidation of the properties she had in Romania. Financial difficulties have put her in a position to always be illiquid.

Read:  The moment a man's house was allegedly destroyed by a meteorite: "I certainly wasn't looking forward to it landing in my backyard." VIDEO

There was a strong friendship between the two, being with him in the lawsuit filed against the builder who executed the funerary monument of Iorgu Hartulari. Although he owned several plots of land in Oltenita, the crisis of 1930 also affected the real estate market, and the four places he had could not be sold due to lack of buyers.

At the age of 70, Hariclea Darclée retired to Milan, being buried in debt, but also other needs. In the lonely years, she had only one friend in Bucharest, the lawyer Victor Rațiu, with whom she often corresponded on business and family matters. He is the one who regularly helped her with the money so as not to starve.

Because of loneliness and poverty, the first thoughts of suicide come to mind. Darclée then moved to a boarding house where she was quiet. Although he lived in a small room, he could enjoy running water and good food.

“Sometimes I get so desperate that I leave the house at 8 o’clock in the morning – I wander the streets, I seek refuge where I’m sure no one knows me – in remote and popular neighborhoods, I drink a yogurt so that I don’t return to the boarding house until after hours 10 when the gate is closed so as not to see anyone. My state of mind is very distressing. If my body or mind had been shaken like my soul, I might be in a health home today and thus I would not have been aware of so much passion “, she confesses in one of the letters to the lawyer Ratiu.

On January 10, 1939, Darclée died at the Philanthropy Hospital in Bucharest, where she was hospitalized for a liver disease. This formidable singer has been called over time by the publications in the country, but also by the international ones “the nightingale of the Carpathians”.

Read:  Bridgerton Season Two, Much Braver: Why You Shouldn't Look at Your Parents

The famous soprano was born in Brăila on June 10, 1860. She was the daughter of the Greek landowner Ion Haricli and Maria Aslan, the niece of Miss Mavrocordat. He began to study the piano and take singing lessons at the Lobkovitz boarding house in Vienna, under the supervision of Professor Marchesi.

In Bucharest, he studied with the French teacher Madame La Kerre, and in Paris with E. Duverois from the Conservatory. Darclée made her international debut on the stage of the Paris Opera on December 14, 1888, as Margaret in “Faust.”

Thanks to her voice, Darclée became known all over the world. Based on her success in the French capital, the soprano managed to get a contract for a tour in the largest opera houses in Europe. She managed to reach the stages in Paris, Berlin, Florence, Rome, Buenos Aires, Lisbon, Monte Carlo, New York and Moscow.

The composer Puccini considered that she was the only one who could take the role of Floria in “Tosca”, and at her request, the aria “Vissi d’arte, vissi d’amore” was added to the opera, being distributed in the premiere show that took place at the Teatro Constantius of Rome, January 14, 1900.

Not only did Darclée have a special voice, but he also mastered several foreign languages, including German, French, Italian, Spanish, English, Greek, and Russian. Throughout his career, several composers have appreciated him, including Verdi, Leoncavallo, Massenet, Alfredo Catalani and Puccini.

The soprano sang with Enrico Carusi, Titta Ruffo, Tamango or under the baton of conductor Arturo Toscanini. The singer’s repertoire includes titles of works by the most famous composers, including “Romeo and Juliet”, “Norma”, “Traviata”, “Carmen”, “Aida”, “Wilhelm Tell”, “Don Giovanni”, “Manon”, “Othello”, “Tannhauser”, “Tristan and Isolde”, “Bohemian”, “The Troubadour”.