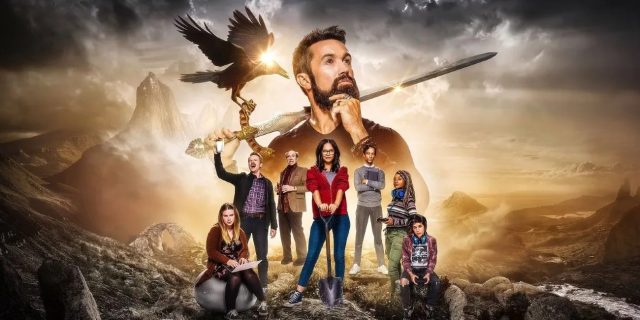 While it may have been too long since you’ve heard from the show, you’ll soon find out what happens next on Mythic Quest – and we’ve even got a release date for the new season.

Apple has revealed that season three of the comedy series will debut on Apple TV+ on November 11. All in all, if you’re a fan of the show, you don’t have that long to wait before you see what happens next.

What we know so far about Mythic Quest

Admittedly, there aren’t many details about how the plot might evolve, but what we do know is that the new episodes follow the impact of a studio change. And, of course, you can expect tech-related jokes, some cutting-edge. You could say there’s a creative reinterpretation of what NFT is all about.

Read:  Tom Cruise prepares for the stunt of a lifetime: only there you haven't seen him "hung"

The series with and about “nerds” stars Rob McElhenney as Ian, as well as Charlotte Nicdao as Poppy. The production has attracted attention since its first season, not only for making game development an acceptable subject for television, but also for its connection to the industry. In case you didn’t know, Ubisoft is “up to its neck” in the production, along with Lionsgate and 3 Arts Entertainment.

As is readily apparent, Apple isn’t letting up and has a series of seasonal releases in the works that sound very good.

For example, the second season of the spy production, Slow Horses, arrives on December 2, while the immigrant anthology, Little America, will continue on December 9.

Read:  Director Don't Look Up reacts to negative reviews: "I was shocked by the hatred of critics"

Apple has gone out of its way to stay on top, so it has invested in many series that are currently in development. Even so, Ted Lasso remains the streaming giant’s most beloved series.