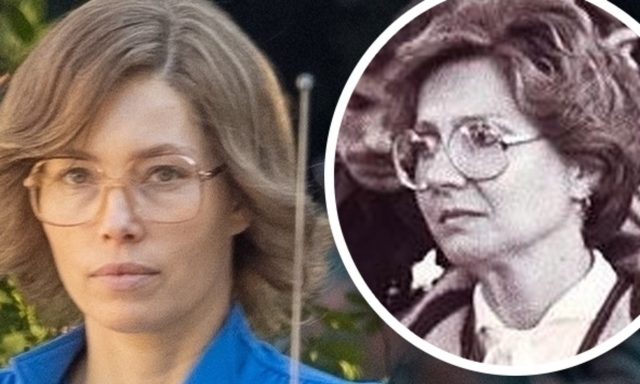 The film was created and written by Robin Veith (“Mad Men”) and Nick Antosca (“Hannibal”). The action of the miniseries “Candy” takes place in 1980, in Texas, and follows real events. The film tells the story of Candy Montomery, a “housewife” who discovers that her husband is cheating on her with one of her friends.

Things take a strange turn when Montgomery involves her friend Betty Gore in the story, with whom she usually goes to church. In other words, we have a crime report.

As mentioned earlier, the lead role is played by the famous actress Jessica Biel (known to the public for her roles in “Seventh Heaven” and “The Sinner”, a series that can now be seen on Netflix). The cast also includes Melanie Lynskey (“Two and a Half Men” and “Yellowjackets”), Timothy Simons, Pablo Schreiber and Raul Esparza.

Hulu has released a new teaser trailer for “Candy”, putting Jessica Biel in the spotlight, makeup well enough to be unrecognizable to her fans, so that she looks as much like Candy Montgomery as possible.

It remains to be seen how much of the real story will be translated into this miniseries (limited series) and how many other script elements will be introduced to make the story even more interesting.

Obviously, we are talking about a series that could turn into a great success, both by the nature of the extraordinary story and by the performance of actress Jessica Biel, but also her co-star, Melanie Lynskey.

Read:  Mercedes sets a record hard to match: what the German automaker has managed to do

“Candy” will debut on Hulu on May 9, 2022, and the next four episodes will be released in the next four days. In total, as you have already realized, the miniseries will consist of five episodes.