“Prey” is a new action thriller and the newest film in the “Predator” franchise, set in the world of the Comanche Nation in the early 1700s.

It is the untold story of a young woman, Naru, a fierce and skilled warrior, raised among some of the greatest hunters who ever roamed the Great Plains. Confident that she is as capable as the other young hunters, she sets out to protect her people when danger threatens her Comanche camp. Armed with the most primitive of weapons, Naru pursues and eventually confronts her prey, which turns out to be a highly evolved alien predator with an advanced technical arsenal, leading to a brutal and frightening confrontation between the two adversaries.

“Prey” will air exclusively on Hulu Original on August 5, 2022. In this context, during a “roundtable” on Zoom, along with several journalists from Europe, we spoke with Prey’s protagonist Amber Midthunder, who plays the character Naru. I can tell from my interaction with her that as warlike and fearless as she is in the film, she is also kind and gentle in reality. But I’ll let you read more in our exclusive interview with Amber.

When you “met” first time with the Predator franchise? Do you remember seeing the first movie in the series?

Amber: Predator is part of pop culture and has influenced many movies, creations and even internet memes. The first Predator movie I saw at home with my parents and I loved it. When I heard about the offer to star in Prey, I was very excited!

What’s it like to be part of a project as big as the Predator franchise?

Amber: I am so honored to be a part of this huge project. I’m proud of the way Dan (n.r. – Dan Trachtenberg, director of Prey) made this film. Prey pays homage to the entire Predator franchise, but at the same time, it has its own unique character and a strong and interesting story. I had a great time with the whole team and am very grateful!

Read:  All Romanian drivers need to know: what happens if you are caught drunk and drugged at the wheel, what the law says

Prey has a cast made up almost entirely of Native American actors. Do you think that contributed to the authenticity of the film? How did you bring originality and what’s it like to play a character from three hundred years ago fighting an alien monster?

Amber: It means a lot to me to be a part of this famous franchise that is so beloved globally. I’m so glad I got to play a strong character, a strong Native American girl. I’m proud to have been able to represent the Native American women’s community – I identified with the character and I love it.

What was the hardest scene to shoot?

Amber: They were all very challenging (n.r. – laughs)! There hasn’t been a day during filming where I’ve gone home and said, “Yeah, today was an easy day.” But obviously the hardest and longest scene I shot was my final battle with Predator. I shot a lot of takes on it. I actually got sick, lost my voice, but we managed to pull it off brilliantly.

What was your first day on set like, seeing your fiery opponent?

Amber: I first saw the Predator “in the flesh” by accident. It was a test run before the actual shoot, and I looked up at some nearby trees and was stunned to see that impressive suit, and made with such attention to detail. All I could say was a big “WOW!” (laughs).

However, after a few seconds, I said out loud, “I’m going to beat you!” at which point the whole team started laughing. I think Naru spoke through me at that moment! 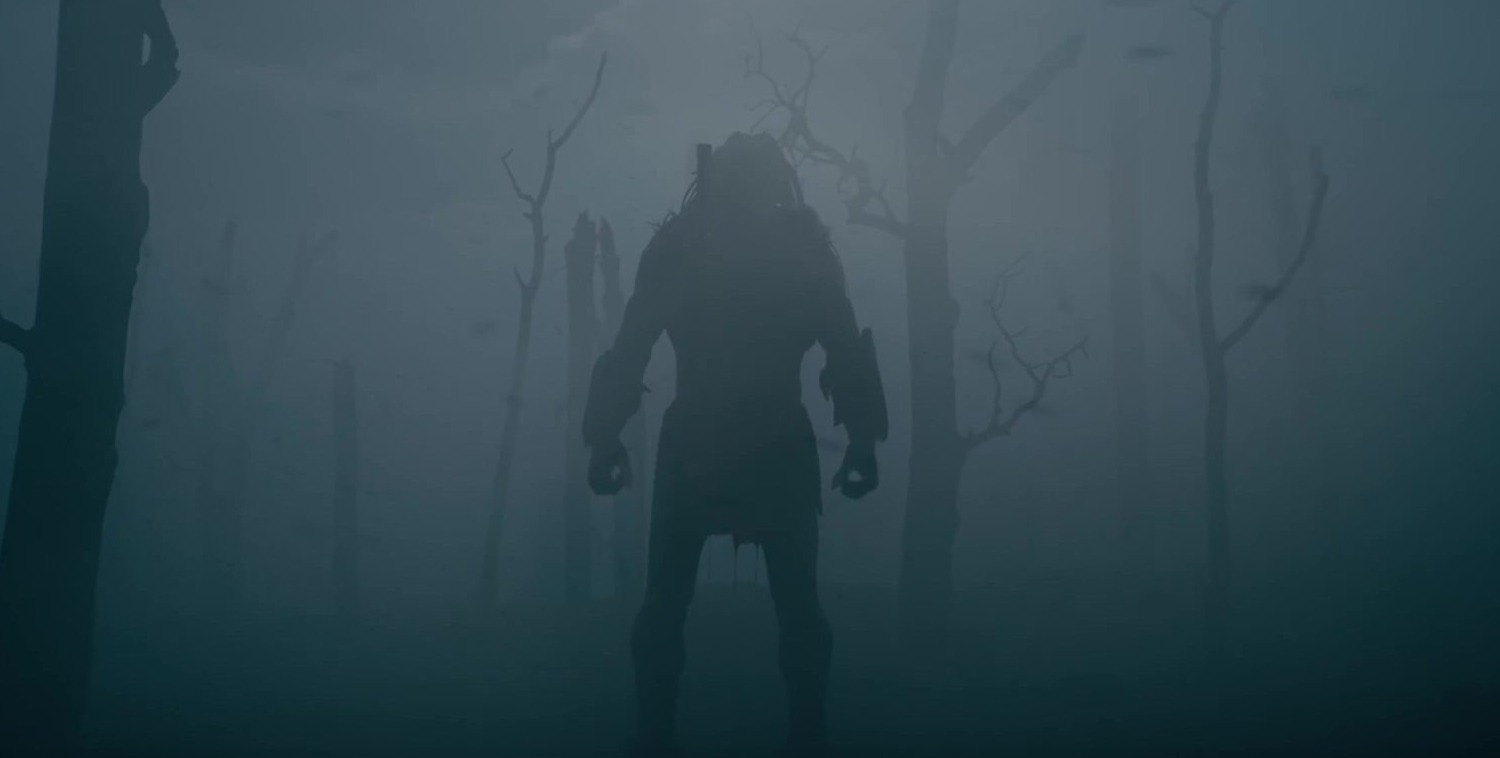 What makes Naru dangerous to the Predator? Is it the fact that this creature doesn’t see her as a danger?

Amber: I think what makes Naru dangerous and a real challenge to the Predator is her brains and tenacity. Also, her ability to strongly believe in something, in a purpose, and to pursue that purpose. She is a very determined, brave and ambitious girl who wants to defend her people. To do this, she goes through many stages: failures, successes, but she overcomes every obstacle that comes her way.

How do you identify with your character? What do you have in common?

Amber: Naru’s determination and strength of focus I admire. That’s what I can say I have most in common with her. Naru tried to convince her tribe that she could be a fighter, a strong hunter, and she didn’t stop until she proved it.

I also think her emotions make her extremely human. She beats herself up for being fearless, but when she sees herself alone, faced with an extreme situation, she wonders if she can really be that. That’s what I think makes her extremely believable. In the end, she succeeds, but it’s this hint of doubt that she has that is, in the end, perfectly normal that makes Naru so natural. She goes on instinct and she succeeds.

Read:  Disney infiltrates real estate developers: how the giant plans to change the rules of the game

How did you train physically for this film?

Amber: We had a four-week period in Canada before we started filming where we trained, in a bootcamp. It was training with personal trainers, with the whole cast, as a group, done outdoors and more. Their purpose is to challenge the physical and mental strength of the participants, while promoting camaraderie and teamwork. There we also practiced a sign language used by the Comanche Nation.

With all the training beforehand, nothing can prepare you to jump into a glacial lake. Nobody and nothing prepares you for it and… you just have to do it! (n.r. – laughs) 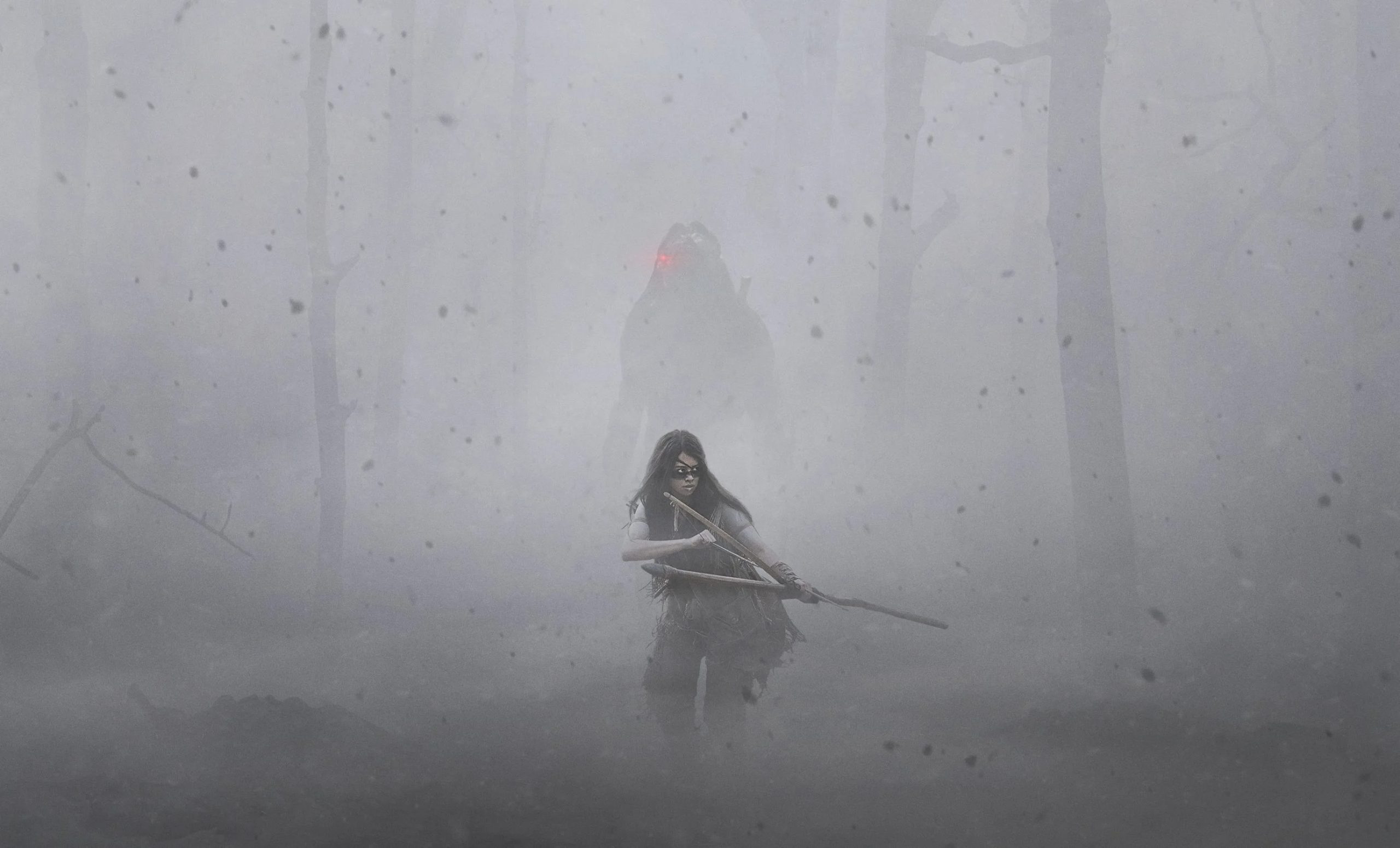 David Midthunder (“Westworld”), your father, is an actor, while your mother, Angelique Midthunder, is a casting and stunt director. What influence have your parents had on your career?

Amber: Obviously, they’ve both had an important influence on my life. I used to go with my dad to the movies, basically, that’s how I grew up. I was inspired by their work and their career paths and I really appreciate that they let me figure out for myself what I wanted to do, what I wanted to pursue in life. They helped me with advice, but I always made my own decisions, they gave me that freedom.

You’ve played strong female characters, heroines, like in The Ice Road, with Liam Neeson, for example. How do you inspire women around the world?

Amber: I’m very proud of the characters I’ve played, I admire their qualities. It’s important to me, especially when I take on a role as a Native American woman, the impact my portrayal will have on women, regardless of nationality or race.

When you did the historical research for your role, did you find similarities, in terms of traditions and customs, between the Comanche Nation and your culture?

Amber: The people of the Comanche tribe still live today, numbering about 15,191, near Lawton, Oklahoma. I’ve found that there are similarities between their culture and mine in terms of how they live, but also principles of life. I enjoyed learning more about that, identifying with my role and getting more into character.