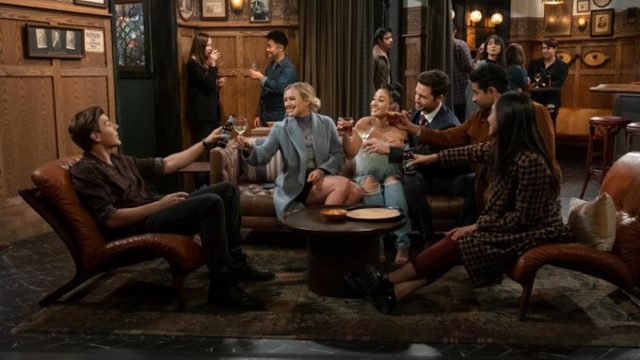 “How I Met Your Father” is the natural continuation of the famous and beloved sitcom “How I Met Your Mother”, which ran between 2005 and 2014. Fans of this series could rejoice to hear the news that among the new characters would be he could slip some reputable ones.

The producers of “How I Met Your Father” have stated that they plan to bring back the cast of Britney Spears, a star who also contributed to the previous series.

Isaac Aptaker, responsible for “How I Met Your Father,” said he would like Britney Spears to return to the role she played in the movie “How I Met Your Mother.” The new spinoff of the classic sitcom has already premiered in the first two episodes of its ten-episode season, on January 18, 2022.

Read:  The change in the 2022 Road Code that would revolt drivers. Challenging change to traffic participants

From what I’ve seen so far, the show is not much different from the previous version, trying to keep the required standards, but adapting the scenario of today, in which dating applications have become the new trend, when it comes to looking for a relationships (lasting – or not).

In the two episodes, the writers presented the new characters to the public, without being offered, until now, many “cameo” type appearances of the characters from the past, so loved by the fans of this production.

There was, however, a brief appearance by Leighton Meester, known for her role in “Gossip Girl.” There is a chance that in the future, the character will return in the next episodes of the Hulu series, “How I Met Your Father”.

One of the most significant cameos in “How I Met Your Mother” was pop star Britney Spears. Spears appeared as Abby in episode 13 of Season 3, “Ten Sessions,” and in episode 17, “Everything Must Go.” Abby is the receptionist at the dermatologist’s office where Ted often goes.

It remains to be seen whether the producers’ wish will materialize, as Britney Spears is currently in a somewhat difficult situation. The artist underwent a series of trials in which she tried (and succeeded) in escaping from her father’s tutelage. He accuses the artist of being unable to manage his own life.