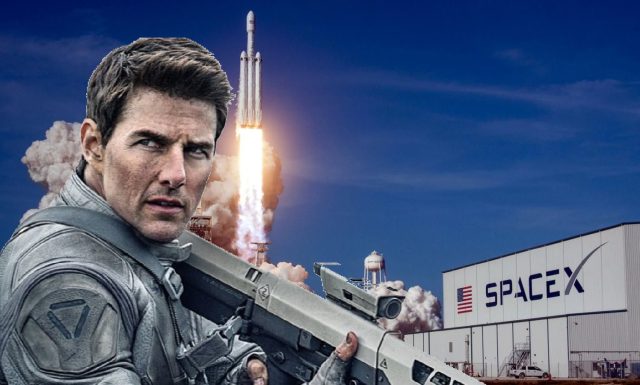 The company that co-produces Tom Cruise’s upcoming space film has unveiled plans for a film production studio and a zero-gravity sports arena.

Space Entertainment Enterprise (SEE) said the planned completion date is December 2024 for the SEE-1 module, which will dock at Axiom Station, the commercial wing of the International Space Station (ISS).

The module will host film, television, music and sporting studio studios – although on-site audience capacity has not yet been determined – as well as content creators who want to develop, produce, record, and stream live, at 250 miles above the Earth.

Third-party providers will be able to use the facilities, but the EEA also intends to create its own content, according to The Guardian.

Read:  Netflix 'takes the bull by the horns' and makes its own game studio: what we know, so far, about it

Tom Cruise, in the first movie of the new space studio

Axiom Station will then separate from the ISS in 2028. Axiom won the commercial wing development contract earlier this month.

“SEE-1 is an incredible opportunity for humanity to move to a different realm and start an exciting new chapter in space,” said EEA co-founders Dmitry and Elena Lesnevsky. “It will provide a unique and affordable home for endless entertainment possibilities, in a place with innovative infrastructure, which will unleash a new world of creativity”.

With world leader Axiom Space building this state-of-the-art, revolutionary facility, SEE-1 will provide not only the first, but also the top-of-the-line space structure to expand the $ 2 trillion global entertainment industry into Earth’s low orbit. say the co-founders.

Read:  VIDEO Lady Gaga has released "Hold My Hand", the new soundtrack for Top Gun: Maverick. Why the road to Oscar seems safe

Axiom is the company that plans to send Tom Cruise and director Doug Liman to the International Space Station this year to film what will now be the second film to be shot in space.

Cruise was scheduled to take off in October 2021, but the trip was delayed by several months due to a $ 200 million budget. Meanwhile, a Russian film crew successfully flew over the ISS in early October for a 12-day shoot on “The Challenge.”

The film, about a surgeon who has to operate on a sick cosmonaut in space because his medical condition prevents him from returning to Earth to be treated, is scheduled to be released later this year.