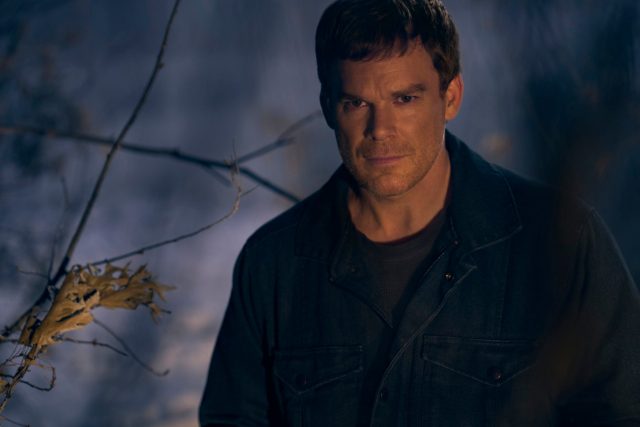 Showtime has released the latest and long-awaited season of “Dexter,” the one-generation thriller series. In fact, the news of the “revival” of the production has managed to excite fans, since its launch in the online environment in 2021.

I admit, I’m one of those people who has enjoyed every episode of the famous “Dexter” in the past. Thus, it was obvious that with the appearance of all the episodes in “Dexter: New Blood”, I could not resist the temptation of an honest binging, for about two days.

Since 2013, the year in which the series released the last episode of the final season, I predicted that the story could not end there, the script leaving enough room for interpretations, but also for a possible sequel. Later, I gave up on this idea, seeing that as the years went by, there was no hope that Dexter Morgan would ever return.

The unexpected happened: the end of 2021 brought with it the first episode of the new series “Dexter: News Blood”, thus wishing a continuation of the story ended in 2013 and maybe even a dignified end.

I choose to warn you: this article may contain some spoilers, so if you’re the kind of person who doesn’t even watch trailers before watching the movie, you might want to stop reading here. I will try to tell as few details from the series as possible, although in some places, some details may escape me, as it is humanly.

“Dexter: New Blood” is intended to be a mirror image of the old series. I say this responsibly, since the action takes place in a cold, icy town, instead of sunny Miami. In addition, the character Dexter undergoes, in turn, some behavioral change (but not character).

In an attempt to keep his identity hidden, in front of the people of this small town where he now lives, Jim (aka Dexter) poses as the “ideal neighbor” or, if you will allow me, the “good boy at everything”. In fact, to disguise it even more, he enters into a relationship with the local police chief – which marks the first major mistake of the script. Any smart serial killer will do his best to stay away from the curious eyes and sharp mind of a police officer, because in this case, “hiding from sight” should not be an option.

Read:  The Romanian film on Netflix that won a bunch of awards: you should have seen it already

Of course, the main character, played by Michael C. Hall, can not resist the temptation to return to his old lifestyle, which gives rise to another series of adventures that in some places may seem fatal to “Jim” . After all, what would Dexter have been like without some crimes committed in his famous improvised place, which became famous in the eyes of the fans?

The little “Dexter”, an ordinary child or a worthy descendant of his father?

The action tends to get complicated when Dexter’s son, Harrison, shows up at his cabin in the woods. With the arrival of his son, he now feels put in the position of learning to be the father of the teenager, going through the classic dilemmas of forced adaptation.

As expected, Harrison does not make his father’s life any easier, and he is rightly angry that he left him as a child.

During the first episodes, the main character wonders whether or not his son inherited his “dark passenger” and whether he will become a serial killer like him.

Why I needed this miniseries

Whether you like the new “Dexter” or not, you have to admit that you needed the new series. As 2013 left us all staring at the sun, a proper ending may seem comforting.

Even so, owning one is still beyond the reach of the average person. Equally, the end of the last episode is presented in such a way that the producers may never return to the story – although it would be advisable to do so, as it would certainly receive the attention it deserves from the fan side.

Dexter can be said to have closed one door but opened another. In other words, the end could be likened to Schrödinger’s cat phenomenon.

If you’re wondering if Michael C. Hall’s artistic performance has changed over time, you’ll find that the actor plays just as well, if not better. In addition, it does not seem to have changed much from a physical point of view, which can be seen in the trailer (you can see it in the footer of the article).

In the new series you can also see some of the classic characters from the past, but it remains for you to discover them.

From the history of the series

“Dexter” ran on the small screens between 2006 and 2013 and became, in an extremely short time, one of the serial phenomena of the period, due to its controversial nature. A man with a serial killer instinct is advised by his adoptive father to manage his impulses in a unique way, on the “goat and cabbage” system.

Instead of killing at random, Dexter begins to select his victims so that he does not end up killing innocent people. He turns into a real dark justice, killing only those who really deserve it, but for one reason or another, they manage to escape from the justice system, often unable to solve such problems.

Like any other serial killer, Dexter has his own method of killing, inspired by the forensic classes he attended as he was preparing to become a forensic expert with the Miami police – which obviously gave him certain advantages, but it also teaches him how to cover his tracks.

“Playing the role of Dexter over the years has been wonderful. It’s an experience I’ve never had before and I imagine I won’t have it in the future. However, everything must end at some point. Since the end of the last series, I have been asked if Dexter will return and even asked people to bring him back, “said Michael C. Hall, not long ago.

We provide you with the latest breaking news and videos straight from the entertainment industry.
Contact us: [email protected]m