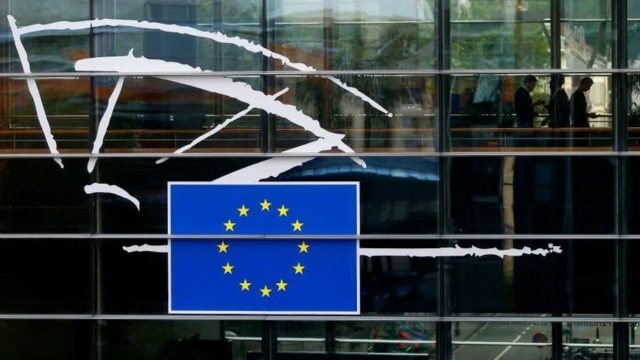 Car manufacturers could risk violating EU antitrust laws as they move to sell cars through a so-called “agency” retail model, according to CECRA, the European dealers’ trading group.

In a press release this week, CECRA specifically highlighted the contracts of “unauthentic” agency dealers. Such arrangements combine the traditional distribution model in which dealers control stocks and prices with the agency model, which transfers those responsibilities to car manufacturers.

In other words, hybrid contracts could be outside the block exemption from EU competition law currently enjoyed by the car industry, CECRA said, describing them as a “potential anti-competitive practice”. Penalties for infringing EU competition rules can include heavy fines.

Manufacturers can decide which model they want

Automakers are free to decide which distribution model they want to use as long as they comply with contractual obligations, the group said, but should not be allowed to “choose” benefits by combining business models.

“In other words, they are not allowed to combine different models and take advantage of each particular system,” the version continued.

Car manufacturers are looking to reduce their distribution costs by selling directly to buyers under the agency model. The transition to the background is due to higher costs for electric cars, as well as a migration to online sales, which has been accelerated by the pandemic.

“We see that some producers are becoming imaginative and a number of scenarios are emerging,” CECRA said in a press release.

“For genuine agency models, we have no legal concerns. It is up to the current dealers to negotiate the content of the contracts and the commercial aspects with their producers “, said the general director of CECRA, Bernard Lycke, in a telephone interview. “We want you to be very clear about that.”

In the distribution model, the dealer buys inventory from an automobile manufacturer and is free to negotiate with customers about the price. The dealer also bears most of the costs of promoting and transporting the inventory until it is sold and pays for the application of the brand’s corporate identity in its showrooms.

In the agency model, the car manufacturer instead holds the inventory and sells directly to buyers, at a fixed price, through an agent. In theory, the distributor is guaranteed a fixed commission on each sale (in exchange for a potentially lower margin) and does not have to invest money in stock and can spend much less on marketing. Car manufacturers also pay for corporate branding.

Automakers that have said they are moving to an agency model include Mercedes-Benz, which will introduce it to dealers in the UK and Germany by 2023; future Smart models will be sold this way; and the Volkswagen Group uses an agency model to sell electric vehicles in the ID range of the VW brand and the Audi e-tron family.

Stellantis has canceled its European dealer contracts and says it will enter into a new deal in 2023, based on a form of agency model.

Toyota and Renault have said they will stick with the traditional timing model.

But some carmakers offer a non-original agency model for their dealers.

The VW Cupra Group subsidiary, which was separated from the Seat brand, signed such a contract with its French dealers last year for sales of future models, including the newly launched Born, all-electric. The current Cupra models would be sold using the traditional model, according to reports in the French press.

According to the terms of the contract, as reported by the French commercial website autoactu.com, Cupra is responsible for the inventory and invoicing of customers and assumes more marketing costs, as in the case of a true agency model. But there is no fixed price, although bargaining space is limited due to low commissions for electric vehicles.

Such “non-genuine” models could expose dealers to antitrust enforcement, says CECRA. Laws regulate the behavior of independent parties, but true agency models do not fall within the scope of competition laws, as agents are not independent of producers.

“Legally, this system of ‘false’ agent contracts does not hold water and poses serious risks to both producers and distributors who could become ‘interested parties in an anti-competitive practice and thus potentially exposed to fines.’ “Said CECRA.

The group said dealers could be “forced to sign these contracts under the sanction of termination with the trademark in question”.

In the UK, the National Association of Franchised Dealers, or ANDF, has also sent out a warning about “non-genuine” agency models.

“For those OEMs who could propose a ‘non-genuine agency’ model based on the fact that they are prepared for their agents to share the commission with customers (and thus maintain some control over the transaction price), this can also create a real antitrust risk, ”the NFDA said in a position paper.