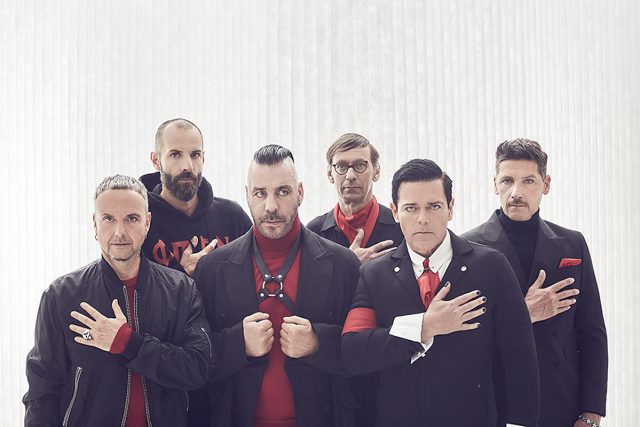 Zeit is Rammstein’s latest album, one of the world’s leading rock bands. The album also coincides with a new series of extraordinary concerts, as the band members have become accustomed to over time. Unfortunately, at least as far as is known, Romania is not included in the promotion tournament at the moment. However, our fans in the country can console themselves with the 11 new songs that fully manage to complete the concept of maturity, all without the German rockers moving too far away from the style that established them.

As an avid rocker I am, but also a devoted fan of the band, I listened from the first moments to Zeit, Rammstein’s latest album. Despite the fact that before that, I was not perfectly convinced that I could hear anything new, this happened. And, as I said before, the old and the new manage to get into a perfect blend that, exceptionally, makes this material the best so far.

Rammstein shows signs of maturity, and this is best seen in their latest album

No matter what kind of rock you grew up with, you can’t help but appreciate the music of Rammstein, the direct descendants of other classics, Laibach. Somehow, they did what they did and managed to fold into all the niches, making their music a real show, from all points of view, without gifts and maybe.

To better understand, we must first talk about Zeit, the band’s latest album, which I hope will not be the last. Of course, what I said now may seem a little out of place, but it is enough to listen to the whole album to realize that my statement is as justifiable as possible.

Armee der Tristen is the first song on the album Zeit, by Rammstein, followed by the song that also gives the name of the album, the latter receiving a tailor-made clip.

Zeit is not the only song that has enjoyed a clip so far. The same thing happened with Zick Zack, with Rammstein managing to apply the number two shock to the audience and thus moving away from the drama of the first clip, focusing rather on satirizing the “plastic” world in that we live. Inevitably, the clip reminded me of another, older one, attached by Rammstein to Keine Lust, long ago, in 2004.

Of course, another clip followed for Angst, with a visual at least as impressive as the first two:

Obviously, there will be video performances for other songs from the Zeit album.

However, Rammstein’s choice for the songs that have received a clip so far would not have been my choice.

And if you’re curious to know the real order of the songs on the album, here it is:

And since we’ve come to the order of the songs on the album, you may have noticed the name of the last track: Goodbye.

I could, of course, be wrong, and this is just a well-crafted marketing strategy to excite the audience, but both the fact that this song was placed at the end of the album and the lyrics indicate that it could be, literally, Rammstein’s last album. It should be noted that the band did not comment at all on this fact and did not announce that it intends to end its activity.

With the hope that my observation is as erroneous as possible, I will move on to another song that manages to penetrate deep into my soul, Meine Tränen being of a sensitivity that Rammstein has not shown since Rosenrot.

Some might say that Rammstein was “hit” by Sigmund Freud’s Syndrome, since Meine Tränen is not the first song to address family issues, especially those that a man, be he a rocker, may have with his mother. The “mother” saga began with the song Mutter, from the 2001 self-titled album, which quickly became one of the band’s biggest hits of all time, along with Sonne and Mein Herz Brennt.

If the band is new to you and you came here by mistake, you still had the patience to go through this article to the end, I recommend that, before listening to Zeit, take a look through the older albums of Rammstein, for to better understand why I think the latest is by far the best.

Here is a list that can help you in this regard:

And if you’re listening to Rammstein “as a child,” like me, but you haven’t been able to audition for the entire album, I highly recommend you do.

And don’t forget: if you happen to miss a band concert, don’t miss it. It could turn into a concert of your life. Even so, owning one is still beyond the reach of the average person. “