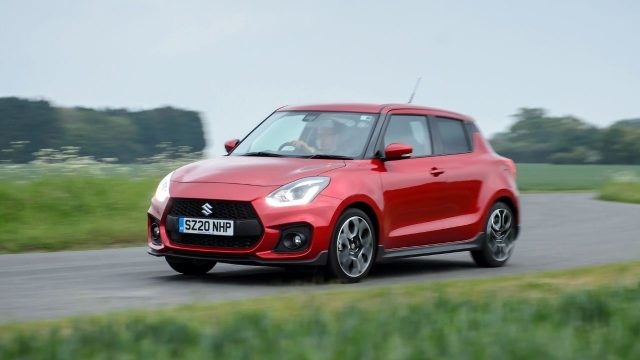 Suzuki is suspending exports to Russia and Ukraine from Hungary and will try to maintain its planned production volumes in other markets.

Suzuki is building the Vitara and SX4 S-Cross SUVs in Hungary.

The manufacturer said it exports about 10,000 cars to Russia and Ukraine each year and is trying to transfer affected orders to other markets to maintain planned production volumes.

The Hungarian company Suzuki sold 119,098 cars in 2020, based on the latest figures available on its website, including 101,672 vehicles in foreign markets, which means that Russia and Ukraine account for about a tenth of its annual exports. .

Read:  Audiences love to hate the Avatar franchise: which is why the second film will be a hit

“Our company has no direct level 1 suppliers in the affected areas,” said Zsuzsanna Bonnar-Csonka, referring to Russia and Ukraine.

“However, we are constantly monitoring the entire supply chain,” she said. The global shortage of chips continued to be the biggest obstacle, Bonnar-Csonka said.

Suzuki is trying to maintain its production volume

Rising energy costs and a weakening of the forint, which has fallen by about 3% against the euro this year, have had an additional impact on its operations, she said.

“We do our best to optimize our production costs. However, after a while, we need to reflect some of that extra cost on new car prices, ”said Bonnar-Csonka.

Read:  The top of the women with the most beautiful legs in Romania

Other major car manufacturers in Hungary include Mercedes-Benz and the Volkswagen Group Audi brand.

Trading on the European foreign exchange, bond and stock markets forced the National Bank of Hungary to raise the interest rate corridor by 100 basis points to 6.4%, after the Hungarian forint fell to a record low of almost 400 euro.

NBH said the war in Ukraine had boosted inflationary pressures, while risks to growth were declining.

The automotive sector was a major pillar of Hungary’s growth and exports, but even before the war, production was hampered by a global shortage of semiconductors.