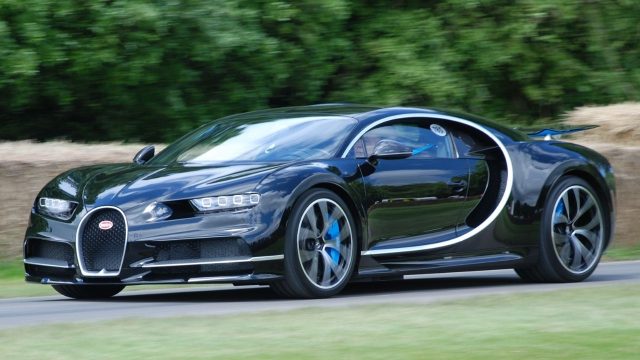 If you own a Bugatti Chiron, you might as well push it to the top to see how it behaves.

This was probably the thought process of the tycoon Radim Passer, before a now viral stunt that put him in hot water with the police. Last summer, Radim Passer took out his Chiron for a ride on the highway (Autobahn). Chiron’s top speed is set at 420 km / h and he wanted to see how close he could get to it while still feeling comfortable. He managed to reach 417 km / h on a 9.6 km stretch of road, so the mission was accomplished.

The Autobahn is famous for parts where no speed limit is imposed, which means, from a technical point of view, that you can drive as fast as you want, and the car will allow you. However, there is a big warning in the eyes of the law: you can only do this as long as you do not pose a danger to yourself and others. When Passer’s second video with the stunt went viral a few months later, the German authorities noticed just that.

Read:  The tragic death of a complete artist: why Ioan Luchian Mihalea, founder of Song and Minisong, was killed

Problems with the law

From the outset, Passer said all precautions had been taken to ensure the safety of other drivers. The waterfall took place on a section of the Autobahn with excellent visibility in front and at a time when traffic was low. The video seemed to reflect this, showing only a few vehicles that, given Chiron’s lightning speed, disappeared as soon as they passed.

However, the local police and the Ministry of Transport launched separate investigations into the stunt, while Bugatti publicly denied the whole thing. When the news of the old stunt went viral and investigations were launched, Passer was considering a possible prison sentence (two to seven years) and a heavy fine, depending on how prosecutors could prosecute him. accuses. The two possibilities include accusing him of illegal racing, because you can’t blame someone for speeding when you don’t have an upper speed limit or reckless driving.

Read:  The battle for social media supremacy heats up: what new feature TikTok is launching

Both meant that prosecutors had to prove that Passer had either engaged in an illegal race (with himself) or endangered others. They could not do any of them, informs DPA News, quoted by AP. Consequently, Passer will not be charged for that race, as prosecutors have determined that he did take every precaution to ensure that the test was conducted without incident, choosing the time and optimal conditions for it.

All’s well that ends well. Here is the viral video that brought so much unwanted heat to the millionaire and reopened the discussion about introducing a speed limit on the Autobahn.