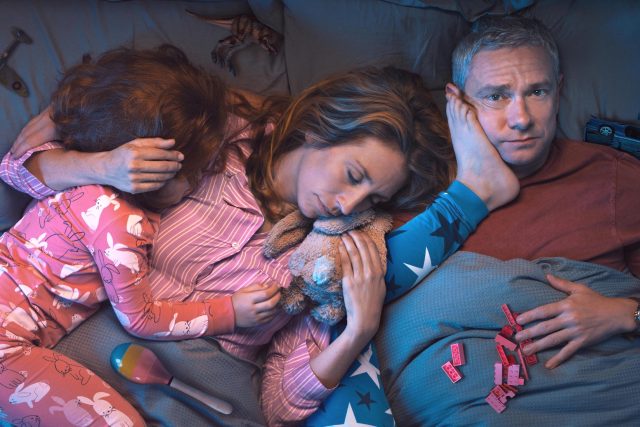 A new trailer for season 3 of Breeders shows us the character played by Martin Freeman being, literally, very frustrated. The trailer can be viewed in this article.

The Breeders series tells the story of two parents, Paul (played by actor Martin Freeman, whom I saw earlier in Black Panther) and Ally (played by Daisy Haggard) as they exercise their professional responsibilities and raise their children.

Season 2 ended in a somewhat tense way, emphasizing the stalemate between Paul and Ally’s relationship after their son, Luke (Alex Eastwood), slaps Paul in the face.

FX has released a new trailer for season 3 of the comedy Breeders, in which we can see that Paul will continue to face challenges both at work and at home. The trailer begins with a scene in which Paul asks his boss for some days off – which he so desperately needs – trying to motivate his need for free time by exposing the personal issues that obviously overwhelm him.

Read:  Morbius is in theaters: how much does Jared Leto make?

Breeders, a series appreciated by those who taste fine humor

The series created by Martin Freeman is known for its fine humor, but also for the way in which it manages to highlight small details of family life, with good, but especially with bad.

The first two seasons of Breeders showed us that Ally’s professional aspirations are growing, as usual, all while Paul is facing anger management issues. In parallel, the two must take into account their daily responsibilities and duties, but also their children.

The third season of the Breeders series promises to delve deeper into all the problems the couple is facing, while Paul also tries to rebuild his relationship with his son, Luke, by trying to get over the fact that the boy hit him. .

Read:  Stranger Things breaks the internet in two: what record the show set, what happened to Netflix afterwards