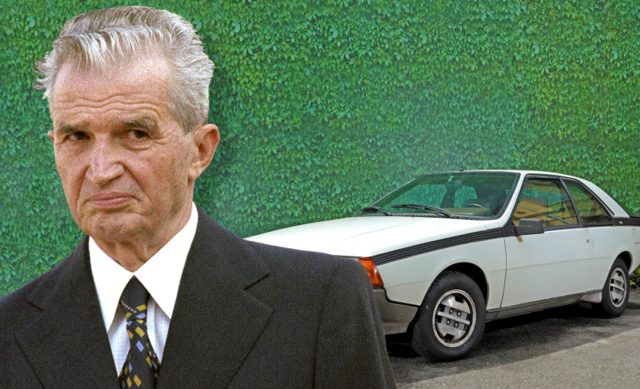 The car that belonged to the Ceausescu family is put up for auction and it is not about Dacia or Aro. Find out how much it is bidding on and what brand it is about.

One of the former dictator’s favorite cars has now gone to auction, and according to Artmark, its starting price is 500 euros. It is a Renault sport that, in 1983, was purchased by the Ceausescu family.

The Renault Fuego GTS was bought to be given as a gift to the daughter of the former dictators, Zoia Ceaușescu on the occasion of her marriage to Mircea Oprean, at that time a university professor at the Polytechnic University of Bucharest.

This car was ordered directly from Renault Plants in France, and its purchase and equipment were handled by a Security service. According to history, in order for this car to be purchased, the Ceausescu family had to sell a Mercedes that also belonged to their daughter.

Read:  VIDEO The Umbrella Academy, season 3: when you can see it, what surprises are in store for you

Immediately after the 1989 Revolution, the car was seized by the General Prosecutor’s Office, and 7 years later the criminal investigation was stopped and returned to the family members of the former dictators, along with other personal belongings.

This is not the only specimen put up for auction by the well-known house. Other perfectly functional classic cars that come from the collections of some car enthusiasts are to be sold. One of these models is a Maserati Quattroporte, which has a starting price of 15,000 euros.

This car was made in 1980 in a limited number of 2133 models. These cars are known for its engines, which were very popular at the time. Also, the interior of this car is a luxurious one and the capacity of the car is 5 people.

Classic car enthusiasts will also be able to bid for a 1987 Pontiac Trans Am Firebird, being a car produced in a limited number and with a starting price of 5,000 euros, as well as a Corvette engine. All those who want to bid will be able to test these cars until the auction date, the models being exhibited in the courtyard of the Ceasinu-Racoviță Palace.