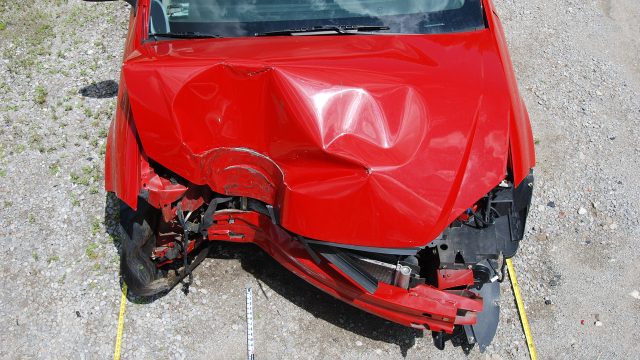 If you were looking for a new reason to worry because you live in Romania, the immeasurable number of road accidents resulting in serious damage should be quite high on the list of priorities.

In the middle of this week, the latest report published by the National Union of Insurance and Reinsurance Companies of Romania (UNSAR) went online. They aim to quantify road accidents according to the compensation requested on the basis of RCA. In other words, it only counts accidents resulting in property damage and / or personal injury that end up being compensated based on compulsory car insurance. No matter how you measure them, the conclusions are worrying.

The frequency of MTPL damage in Romania, calculated as a ratio between the number of claims and the number of policies issued, is one of the highest in Europe, according to the analysis performed by UNSAR. The benchmark was the situation in the European Union countries reported by UNSAR-like authorities in each territory. Currently, in Mioritic lands, this ratio is about 6%, according to the latest data provided by the Financial Supervisory Authority – ASF.

“This means that in our country, every year, out of every 100 registered cars, at least 6 cause traffic accidents resulting in material damage or personal injury and death – a very large number compared to other countries. In comparison, at the end of 2020, Germany recorded a damage rate of 4.4%, Italy 4.2%, Bulgaria 3.82%, Poland 3.69%, Slovakia 3.35%, the Czech Republic 2.73% and Finland 1 , 8%. Not coincidentally, Romania is at the top of the European ranking in terms of the damage rate, another indicator specific to the insurance industry, with a level of over 80% in 2020, while the European average is 62%, according to a report recently published by EIOPA – European Insurance and Occupational Pensions Authority. Moreover, after the first 9 months of 2021, the damage rate on the MTPL insurance area has risen to 99.52% – the ASF data show “, the communiqué states.

In the context of these statistics, the Romanian MTPL insurance market is losing ground. For every 100 lei received from RCA, insurers have to pay an extra 30 lei, and given the state of our car infrastructure, it is unlikely that these figures will change soon.

“Specialized studies show that road accidents are still one of the risks to which Romanians are most exposed. UNSAR and the insurance industry contribute through the annual information and road prevention campaigns to the objective of reducing the risk of accidents in Romania – a relevant example being the #ATENTinTRAFIC campaign. In addition, in this context, any legislative changes, including those concerning the area of ​​MTPL insurance, must be made following an impact study, based on solid data, which will really support the Romanians, including the road safety zone and – very important – not to contravene European legislation “, said the UNSAR representatives.