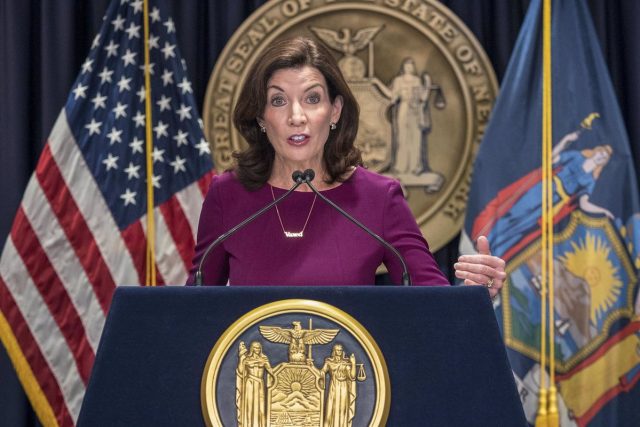 The governor of New York, Kathy Hochul, has lifted this Wednesday the restriction on the mandatory use of the mask in public spaces, although the measure will remain in force in schools throughout the state at least until the beginning of March when a new evaluation of the situation in these centers.

Hochul has justified the decision by the “tremendous” decrease in the number of daily infections, and in hospital admissions by up to 63 percent, he has highlighted, which has allowed the state of New York to enter a “new phase”.

“Why is all this happening? Because New Yorkers and businesses have stepped up and done the right thing. I will always be grateful to them for being the reason these numbers have dropped,” Hochul said.

Read:  Russia says Nord Stream leak investigations will only be impartial if they are part of it

However, Hochul has specified that companies have the possibility of imposing their own rules in their work environments regardless of the state decision. “We want them to know that they have that prerogative and that people who want to continue wearing masks can continue to do so,” he said.

“This fight is not over. We are not going to give up, this is not disarmament. We will continue to adapt and respond to circumstances as they change,” said the Democratic governor.

Hochul’s decision comes in parallel to the litigation that the state has been maintaining in recent weeks with associations of parents of students, who filed an appeal against the mandatory use of masks in schools.

A state Supreme Court judge agreed with the parents on January 24, but a day later an appeals court re-enforced the order of the New York Government, which reached its highest average of that month. daily cases of coronavirus. Currently, just over 74 percent of state residents are fully vaccinated, according to NBC data.