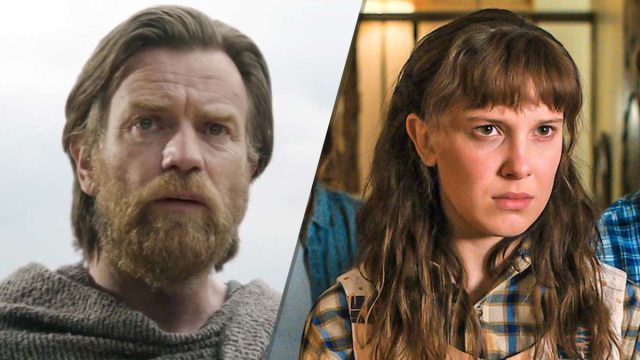 Two of the biggest releases of the last period are Stranger Things 4, on Netflix, and Obi-Wan Kenobi, on Disney +. Although both productions were extremely well received, only one of them wins the “fight” of viewing.

Season 4 of Stranger Things officially defeated Obi-Wan Kenobi in streaming at the end of the week. It should be noted that both were premiered on the same day, May 27, 2022.

Stranger Things debuted on Netflix in July 2016 and has since become the streamer’s most popular English-language television series. Season 4, in particular, was highly anticipated due to the long break between it and season 3, caused by the Coronavirus pandemic.

Read:  Possible good news for Tesla: what's happening with the factory in Europe

The Netflix series currently has a total of 32 episodes available for the four seasons. Season 4 recently broke Netflix’s record for its successful weekend release of an English-language series, highlighting how popular it has become.

In parallel, Obi-Wan Kenobi is a brand new Disney + series, although long awaited by Star Wars fans around the globe. It highlights the return of franchise veterans, such as Ewan McGregor and Hayden Christensen, who resume their roles: Obi-Wan and Darth Vader, respectively.

Stranger Things got 5.1 billion minutes of streaming on the weekend of May 27-29, while Obi-Wan Kenobi ticked 1 billion. However, as Stranger Things has many more episodes to consider, the top has been broken down.

Even so, Obi-Wan Kenobi deserves praise, since it is a new series, so it does not benefit from the continuity of Stranger Things. On the other hand, Obi-Wan is also the “chick” of Star Wars, so success was guaranteed even before filming began, only in light of this.