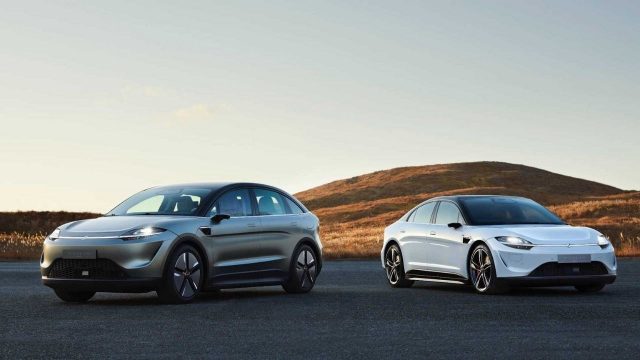 “It’s better to do it independently… than to put it under Sony or Honda.”

Sony and Honda recently announced plans to build electric vehicles together, with Honda focusing on production and Sony creating the mobility services platform. Now, it seems that companies are planning to make this a separate business. “We share the view that it is better to do a long-term independent joint venture than to put it under Sony or Honda,” Sony President and CEO Kenichiro Yoshida told Nikkei.

Yoshida did not provide further details, but said it was a “possibility” for the companies to sell a joint venture or have an initial public offering. “I hope to be able to talk a little bit about it at some point in the near future,” he added.

The companies announced the joint venture in March. Sony said it set out to “fill the world with emotions with the power of creativity and technology,” probably with high-tech interiors and fancy entertainment systems. He added that he wanted to create a mobility system “focused on safety, entertainment and adaptability”.

Last year, Honda announced plans to move its entire line of vehicles to electric vehicles and fuel cell vehicles by 2040. To do so, it will invest $ 40 billion and launch 30 new electric vehicles by 2030. It is not yet clear how Sony fits into these plans, but Honda is far behind rivals – its only real EV vehicle sold in the West is the niche Honda E, only in Europe.

It seems that Sony believes that other technology companies such as Apple could soon enter the fray and that electric vehicles will become more connected, as will game consoles or the company’s Aibo robot dog. “Mobility is becoming more and more a service,” he said. “We want to contribute to the evolution of mobility by providing the basis for network functions.”