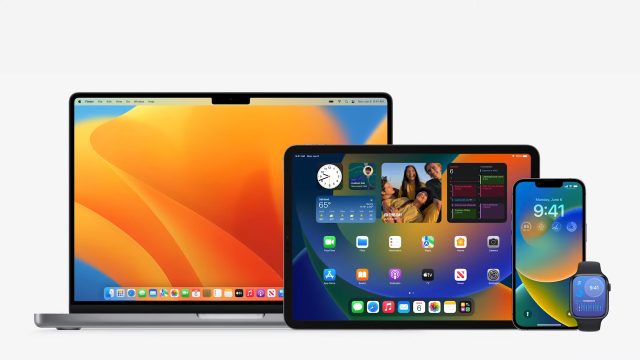 With the launch of Apple’s new operating systems, a few devices will be left behind. iOS 16 gives up support for certain devices, for the first time since iOS 13, which left behind the iPhone 6 models, while iPadOS 16 gives up some of the oldest tablets that were still on version 15 of Apple’s portfolio. Even watchOS 9 and macOS Ventura give up support for several generations of devices. Here is the list of models that receive updates and models that are left behind.

IPhone devices compatible with iOS 16 start with the iPhone 8 generation and continue. Thus, several iPhone models will remain locked on iOS 15 starting with the fall of 2022. Apple is not used to “cutting” the support of some phones suddenly, so all the models that are now left behind, have received at least five years of updates up to date system. Here is the list of phones that iOS 16 will be available starting this fall:

Models such as iPhone 6S, iPhone 6S Plus, iPhone 7, iPhone 7 Plus and the original iPhone SE. They use already outdated hardware with too little RAM for 2022.

iPadOS 16 leaves only two tablets behind

IPad tablets are some of the longest-running software support from Apple, so some models, released 6-7 years ago, can no longer keep up with all the new capabilities of the operating system. Fortunately, Apple will keep many old models on the software support list:

The tablets that are left behind are iPad Air 2 and iPad Mini 4which debuted in 2014 and 2015, respectively.

watchOS 9 gives up the weakest watch in Apple’s offering

In terms of watches, Apple has finally given up on the model Apple Watch Series 3, which could hardly keep up with the new software versions, requiring a complete reset for each update, due to lack of storage space. In fact, the WatchOS 7 and 8 versions came with some missing capabilities. Otherwise, all watches released after it remain with official software support:

Read:  OFFICIAL. Gândul Group is the most read press group in Romania. CANCAN is the press site with the most views from .ro!

MacOS is finally starting to “clean up” the older Mac, MacBook, and iMac series computers. Thus, only the latest models will receive the update to macOS Ventura: