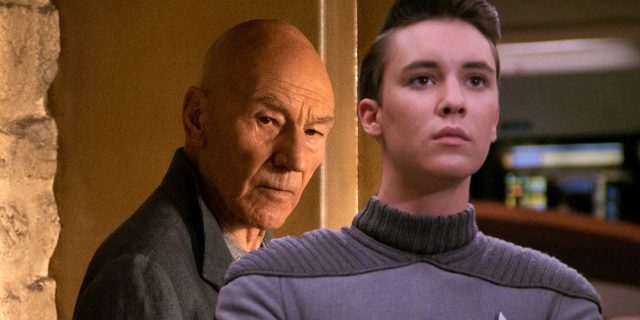 One of the final images of season 2 of Star Trek: Picard corrects a mistake made in Star Trek: The Next Generation, more than 30 years ago.

The final chapter of Jean-Luc Picard’s 21st Century Adventure is full of surprises: The Borg are now much friendlier and more willing to collaborate, Rios violates rules 1, 2 and 3 of time travel, and in the end we see Wesley Crusher, for a few seconds.

Played by Wil Wheaton, Wesley Crusher originally left Enterprise-D to travel in time and space with The Traveler. Wheaton later returned to Star Trek: Nemesis in 2002 wearing the Starfleet uniform, but Star Trek: Picard Season 2 reveals that Wesley Crusher has resumed its transcendental journey and become a guardian of space and time, sending overseers such as Tallinn, for example, to protect key events in history.

Read:  House of the Dragon stakes its claim on the story of King Jaehaerys: what the new Game of Thrones prequel brings

It is no exaggeration to say that Wesley Crusher is one of the most important characters in the Star Trek: The Next Generation series. The character played by Wil Wheaton attracted a lot of reactions during the first seasons of TNG. Those reactions were unfairly directed at Wheaton, however, since the real issue was, in fact, how Wesley’s character was written and presented.

Although he left Star Trek: The Next Generation at some point, Wil Wheaton recently returned to the franchise, also presenting The Ready Room, the show about Picard and his recent adventures.

Read:  "I beat Stefan Bănică with a clothesline" or when the slumlord became a Romanian film character

The final chapter of Star Trek: Picard, season 2, also shows Wheaton returning, if only for a few seconds. No scene can completely erase the mistakes made by Star Trek: The Next Generation, but Wheaton’s cameo in Star Trek: Picard certainly takes a huge step in that direction.

The return of Wesley Crusher pauses the Star Trek: Nemesis hypothesis, in which the controversial young man was supposed to have resumed his Starfleet career. Star Trek: Picard fixes this bug by restoring the mystical significance of Wesley Crusher.