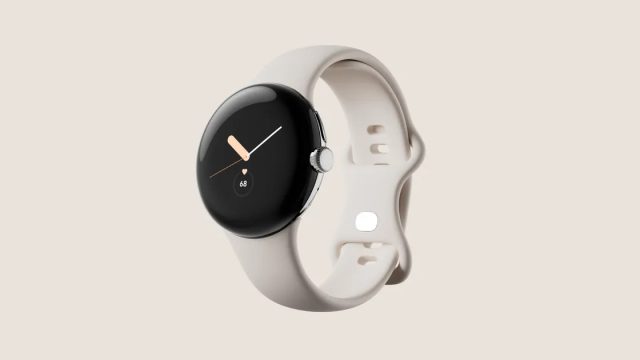 A long-awaited announcement from Google was its first official watch for the Wear OS platform. It’s called the Pixel Watch, as I already guessed, and it’s a round-shaped watch. In fact, the exterior of the watch looks exactly as we saw it in various leaks, this being one of the models that did not appear only in unofficial photos and unofficial 3D models. A prototype was lost and found by someone in a restaurant. Unfortunately, we do not have many other new details about the watch.

Google used the 2022 I / O stage to make announcements for the near, medium, and distant future. So we have the announcement of Pixel 6A, which comes in the summer, but also ads like Pixel 7 and Galaxy Watch, which come only in the fall. Thus, we do not know what hardware specifications the new watch has, but at least we know that what we saw before was real.

Read:  Elon Musk is now the owner of Twitter. Fired former CEO on day one

Pixel Watch is a round watch, with a very rounded design at the edges, with a very feminine look. It is unclear whether the watch will be available in other versions, as Google has only presented one version in one size. On the right side, the watch has a digital crown, and at the base of the watch will be the new Watch OS 3, which will use a new, improved interface, as well as new navigation gestures and support for “smart” notifications. Even if we don’t know anything about the processor or the battery, we know that this model will also come in a version with a network modem, for functionality without connection to a smartphone. At the software level, fitness features will be integrated into the Fitbit platform, but the watch will also have access to all Google services. We are talking about Maps, Assistant, Wallet and Home, which will provide parity with other smartwatch platforms, such as watchOS or HarmonyOS.

Read:  Epson is abandoning laser printers because they are too polluting

The price will be a “premium”

Even though it did not announce a price, Google mentioned that the Pixel Watch is a “premium product”, so we can expect prices similar to those of the Apple Watch in the market. Also, Pixel Watch will only work with Android mobile devices, from version 8.0 onwards, with a Google account required for launch. Thus, the chances of Pixel Watch being able to work with an iPhone are slim. Samsung used a similar strategy with the Galaxy Watch4 last year, which is a limitation of the Wear OS operating system.