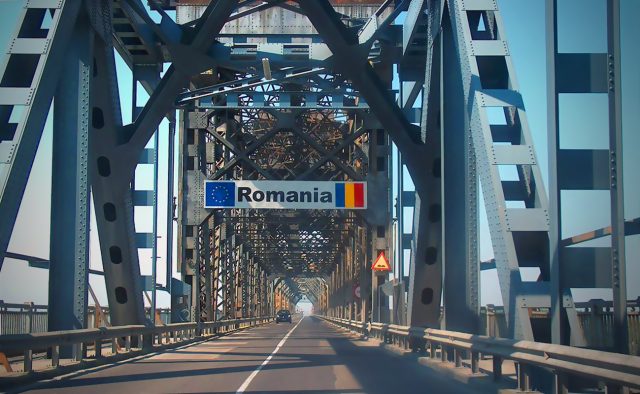 The Danube Bridge, as it officially appears in documents, is also known as the Friendship Bridge. Find out the secrets that turn this bridge into a technical miracle.

The bridge was inaugurated in 1954, being the largest combined bridge, ie road and rail, in Europe. It took two years and three months to complete, and six countries participated in its construction, being a “bridge of friendship.”

The construction of the bridge involved Romanian engineers from Anghel Saligny’s school, and its components came from Czechoslovakia, Hungary, Poland and Bulgaria. This issue of building a bridge over the Danube was discussed in the 1950s.

After the end of the Second World War, both Romania and Bulgaria had very limited financial resources, but because this work was a strategic one, they obtained funds from the USSR. The former Soviet Union contributed machinery and financed almost all of this construction.

Read on: Ceausescu’s megalomaniacal constructions became famous in the world. The dam that cost 60 tons of gold

A protocol between Romania and Bulgaria was signed on June 30, 1951 regarding the start of construction of the bridge. Both Czechoslovakia and Poland and Hungary have reached a common agreement on metal decking, rail, concrete and other materials.

Read:  Peugeot is preparing a new model: when the 408 model is launched

The Friendship Bridge was built in two years and three months

The Friendship Bridge is about three kilometers long and is built for mixed traffic. The works were carried out by both civilians and the military, and the average number of workers was 4,000. According to CIA archives, several information notes on this construction have been preserved.

The code name of this archive is “889”, and in one of the Agency’s notes “some temporary buildings were first erected on both banks, some for workers and others for building materials. Only workers are allowed access to the site. Both Romanians and Bulgarians work on the bridge at the same time.

Even if the Romanian specialists were sent across the Danube to work, being better trained, the Bulgarian neighbors finished their construction sector faster, but with a shorter length than the one allocated to the Romanians.

“The new international bridge between Ruse and Giurgiu has reached an advanced stage of construction. It is located 3-4 kilometers northeast of Ruse, in an area where the Danube River is 1.3 to 1.4 kilometers wide. As it is known, Bulgaria and Romania have started the works, each on its own side. On the Bulgarian shore, the construction of pawns was completed. The works for the assembly of the metal structure started here, not on the Romanian side “, according to another CIA note, from February 1954.

The first train crossed the river to Romania on June 22, with Prime Minister Valko Chervenkov and the general secretary of the Bulgarian Communist Party in it. Several citizens came to the inauguration ceremony in the hope that they would be able to travel by train across the Danube, but they were stopped by soldiers and the Militia, according to impact.ro.