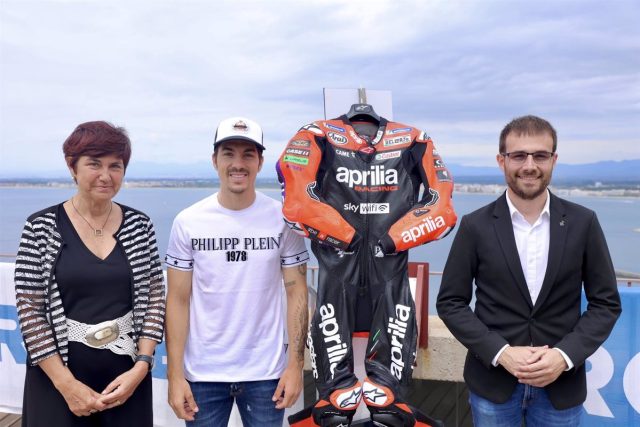 The Spanish rider Maverick Viñales (Aprilia) presented this Wednesday his new competition kit with the logo of Roses, the Catalan town where he was born and which he will now promote as a tourist destination in all the circuits and competitions in which he participates.

“Being able to carry and show off the name of Roses everywhere, which for me is the best place in the world, and if it can be by winning competitions, I think it’s the best way to make people know it”, Viñales commented at the presentation made in the Castell de la Trinidad.

Read:  Marc Márquez: "Indonesia is a new opportunity to get closer to the fight to be ahead"

The Aprilia rider will be an ambassador of the town where he was born, thanks to his offer, for which he will display the name of Roses, thus projecting the town worldwide for free.

“We are very lucky that Maverick Viñales, one of the best drivers in the world, makes a commitment of this importance for his people, wearing it in all the races, which have a huge media impact”, thanked the Mayor of Roses, Joan Plana.

“It makes us very excited, both for the prestige and diffusion, and for seeing the people from home, when they reach the top, remember their city, its people, and are capable of making an act of commitment and appreciation like Maverick’s,” he said.

Read:  Pol Espargaró: "We have found those feelings that we were missing last year"