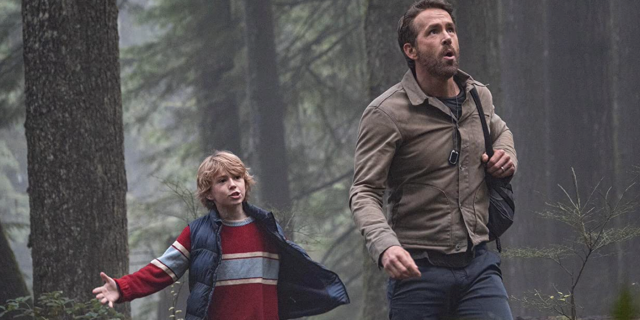 “The Adam Project” has a real chance to become a favorite of Ryan Reynolds fans, but also of those who prefer a SF with command accents, but also with slightly nostalgic elements, to be “complete soup”.

I will start this review by saying that there is a possibility that, here and there, without my will, another spoiler will slip through. Even so, with or without spoilers, and despite the fact that I will criticize this film a bit, I recommend it to anyone who wants to see a nice movie in which he laughs muffled at some jokes, the Basque still complains.

“The Adam Project”, for better or worse

I saw “The Adam Project” one evening this week, not wanting to watch something extremely complicated at the time. So I played Netflix and hoped with all my might that I would see Ryan Reynolds play a different role than the one he played, almost in the mirror, in the “Deadpool” franchise, but also in ” Red Notice ”. If you’ve seen the two, you’ve probably noticed that in both, Reynolds plays the role of a clever guy, always with the irony of him, who escapes through the ears of the needle at the last moment.

Unfortunately (or fortunately, in case Reynolds doesn’t know how to play otherwise), he does the same role in “The Adam Project”, a light film about time travel, in which we see Adam meeting his version smaller, from 2022.

The good news is that, no matter how obvious “The Adam Project” is, it’s not a good idea to watch this movie, which can leave you with tears in your eyes if you happen to resonate with certain events in the script.

And if Ryan Reynolds plays the same eternal role, things are different in the case of the kid who plays his younger version, Walker Scobell.