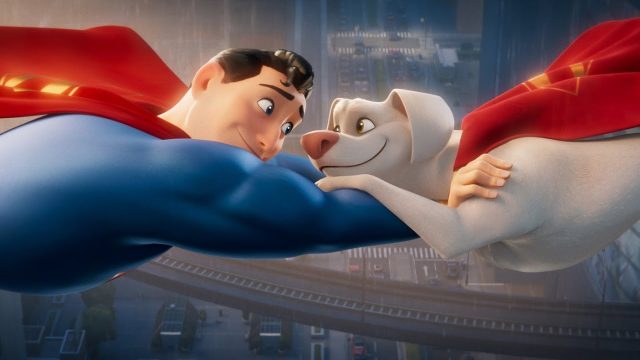 A new trailer for League of Super-Pets, from DC, includes several surprises that fans might appreciate, as you can read below.

Specifically, it seems that the animation will include enough scenes with Superman, but also details about Batman – which you can see from the latest trailer.

League of Super-Pets is the first animated feature film with the pets of heroes like Superman and Batman, including Krypto, with the voice of Dwayne Johnson and Ace the Bat-Hound, who “gives life” to Kevin Hart. Here we can also hear Batman speaking with the voice of Keanu Reeves, but also John Krasinski, in the role of Superman and Marc Maron, in the role of Lex Luthor. The cast also includes Kate McKinnon, Vanessa Bayer, Natasha Lyonne, Diego Luna, Thomas Middleditch and Ben Schwartz.

Directed by Jared Stern (The LEGO Ninjago Movie) and Sam Levine (Penn Zero: Part-Time Hero), League of Super-Pets focuses on Krypto and Ace, as well as other pets, including PB, Turtle Merton and Chip squirrel, who are dealing with new superpowers, while trying to save their human friends.

The trailers so far have included spoilers about Krasinsky’s Superman, but also about Reeves’ Batman, a character who takes a slightly more humorous approach than usual. In fact, Johnson and Hart are not at their first collaboration in terms of comedy: in the past they have worked together on the Jumanji franchise, as well as on Central Intelligence, since 2016.

The new League of Super-Pets trailer shows Superman interacting with Krypto, and from here we also find out that he needs help, which he receives from super pets.

The character Lois Lane is also revealed to us while she is meeting Clark Kent.

The League of Super-Pets will be available in theaters starting July 29, 2022.

The latest trailer can be seen here: