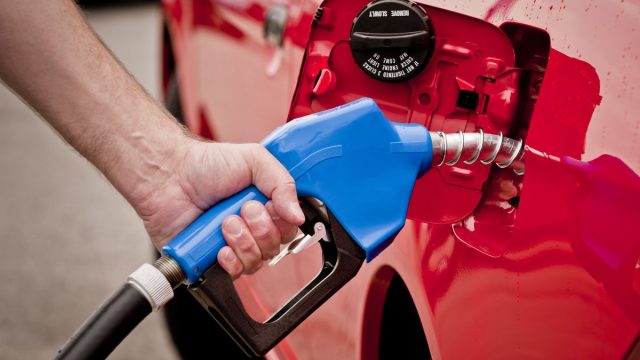 In the last month, there is a good chance that your salary will not have increased by 10%. Unfortunately, this has happened with the price of gasoline and diesel, and in the coming weeks, that price increase will be felt in bread, oil, meat and almost any other field. Worse yet, fuel prices don’t seem to be stopping.

In January 2022, the price of gasoline and diesel in Mioritic lands increased by about 10%. In some parts of the country, it may be even higher. This is a consequence of several factors, starting with the evolution of international quotations of petroleum products. The appreciation of the dollar against the Romanian leu, the increase in excise duties imposed by the Romanian state and the increase in utility and biofuel costs also contributed.

At the end of last year, a liter of standard petrol cost 6.1 lei at OMV Petrom in Bucharest, while diesel was reflected in a price of 6.07 lei. At present, the respective values ​​have increased to 6.7 lei, respectively 6.67 lei.

Read:  The best comic book movies, according to an expert, James Gunn

Although Romanians are rightly disappointed by this situation, at European level, only two states have cheaper fuel at the pump than in Romania. These are Bulgaria and Poland. That’s all. In the Nordic countries, for example, the price of fuel is 50% higher than in our country.

Although it does not represent a very high percentage of the total increase, it should be borne in mind that 8 bani / l or 13% of the 60 bani increase in the last month is the result of the increase in excise duties from the beginning of the year. the increase in consumer prices officially announced by the National Institute of Statistics (INS). As a reference, from January 1, 2022, the excise duties increased by approximately 3.55%, from 1,827 lei in 2021 to 1,892 lei per liter of gasoline, respectively from 1,674 lei to 1,735 lei per liter of diesel.

Read:  It happens at the pump, with gasoline and diesel: until Easter, we do not escape a potential disaster

However, the major problem comes from the price of oil, which appreciated by 15% compared to the quotations at the end of last year. On the last day of December, it was trading at $ 78 a barrel, and is currently trading at $ 90 a barrel. Those figures are felt almost in real time in Romania, for us we import twice as much oil as we export. In the first 11 months of last year, Romania imported 6.1 million tons of oil equivalent (toe) and produced 2.85 million toe.

The price increases for utilities in recent months, for gas and electricity, cannot be ignored either. These are needed in the production process of refineries, and their financial impact is reflected, once again, on the population at the pump.