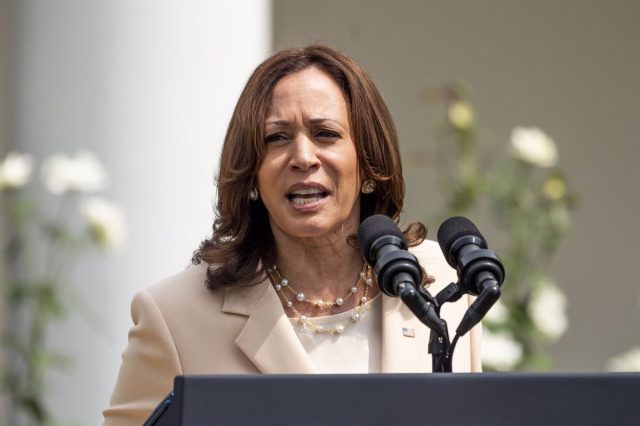 The then vice president-elect of the United States, Kamala Harris, spent January 6, 2021, just a few meters from a homemade bomb planted near the headquarters of the Democratic National Committee in Washington, the same day as the assault on Capitol Hill by supporters of the outgoing president. Donald Trump, as reported by CNN.

Harris drove his car very close to the homemade bomb, located later, the day Trump supporters stormed the Capitol to try to prevent the certification of Joe Biden’s victory over Trump in the November 2020 elections. .

It was already known that Harris had been close to the bomb, but until now it was not known that the distance had been so close. The “multiple sources” cited by CNN confirm that Harris “arrived at the CND headquarters in Washington at around 11:30 a.m. (local time) with his entourage through the garage that leads to the parking lot where security forces discovered the bomb.”

According to a law enforcement source, the Secret Service “checked the interior of the building, the exit, the parking lot and the entrances before” Harris arrived and, after the discovery, the vice president-elect was “evacuated using an alternative route away of the bomb”.

A second bomb was discovered near the Republican National Committee headquarters, but more than a year later no suspects have been apprehended.