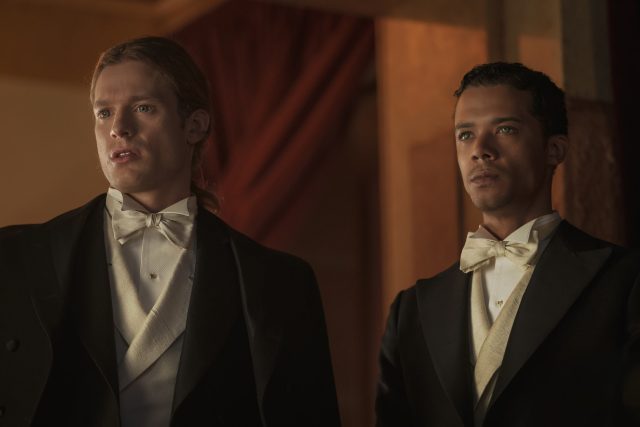 A new teaser trailer for the TV series “Interview with a Vampire” offers some extra details about the dark lives of the vampires already known to the public, Louis and Lestat. Don’t expect much, though.

The debut novel of the same name by the late Anne Rice, released in 1976, received mixed reviews from critics, but the “Vampire Chronicles” franchise has garnered countless reviews since then. It can be said that her writings got better as time went on, like wine.

Despite the success of the franchise, Hollywood has focused, over time, on only two of the novels based on novels. The best-known example is the 1994 film “Interview with a Vampire,” starring Brad Pitt and Tom Cruise. This was followed by the 2002 adaptation of The Queen of the Damned, both owned by Warner Bros.

AMC’s acquisition of franchise rights has given new life to the series, leading to an eight-episode adaptation of “Interview with a Vampire,” which is scheduled to air in late 2022.

A few months ago, AMC released some excerpts from the filming, and last week it unveiled new footage of Lestat, played by Sam Reid and Louis, played by Jacob Anderson.

The short and cryptic clip intentionally hides essential details about the characters and actors, highlighting, instead, a character with a cape, who retreats into what appears to be a colonial house. A car is outside the building, further proof that the series will change the original timeline and bring it closer to the present.

It remains to be seen whether the new series will pay homage to both writer Anne Rice and the 1994 film that made history, starring Pitt and Cruise.

See the teaser below, as follows: