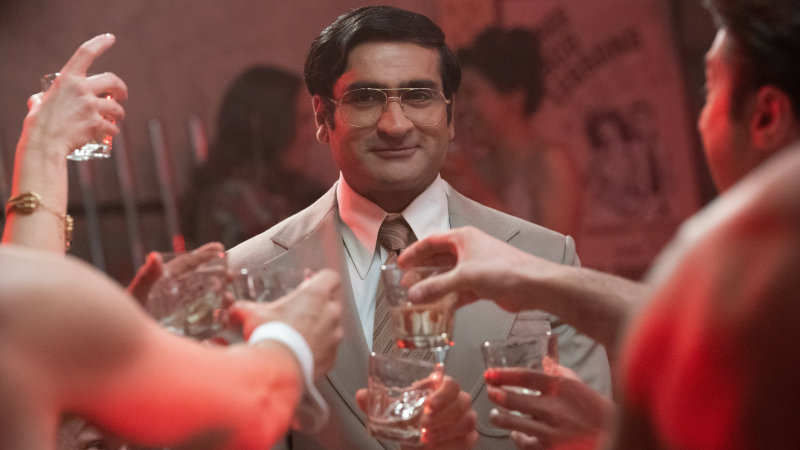 We start the new year with an original release on Disney+, the series Welcome to Chippendales, which came out today, 11 November, exclusively on the streaming platform. Playtech caught up with the stars of the new series, actors Kumail Nanjiani and Murray Bartlett.

“Welcome to the Chippendales” is a crime saga that tells the outrageous true story of Somen “Steve” Banerjee, an Indian immigrant who founded the world’s largest male dance empire and let nothing stand in the way of his goals.

Ozana: What in the script piqued your interest? Was this project a challenge for you?

Murray Bartlett: Many things have piqued my interest. The story was very unexpected to me and to many of us. And I think of many viewers who know about Chippendales as a phenomenon, but don’t know the story behind the legend. It’s an incredible story, like a roller coaster, a real thriller. So I was fascinated by how surprising the script was and how unexpected, not to mention the character I play, Nick De Noia, this talented and flamboyant choreographer.

It’s also an amazing show because it has the charm of the 70s and 80s, which are great decades to explore. It’s an amazing, fun world, the Chippendales universe, and along with this engaging story that carries with it a lot of really amazing subject matter, we’ve managed to make a fascinating series, I think. It’s a well-written, beautifully balanced script with well-developed characters, and I mean, yes, I could go on for an hour talking about this, but I want to let the audience watch this season and draw their own conclusions.

Kumail Nanjiani: Yeah, I feel the same way Murray said. To work with these people on the team and to be a part of a story like this has been great. There are so many aspects of the story, the script that were so surprising, I really enjoyed it. It could be a version of Boogie Nights or Goodfellas, movies I love. For me to get to play a character as complex as Somen “Steve” Banerjee, the creator of the Chippendales phenomenon, to watch him change and go down this path of failure, was a challenge. You know, I don’t get a chance to do that kind of stuff very often. I was very excited.

Read:  Doctor Strange 2 makes waves in Romania: how much money did Romanians take out of their pockets to see at the cinema

Ozana: Before you accepted the roles in Welcome to Chippendales, did you know anything about this almost unbelievable real-life story or, like most of us, had you only heard about the famous group of strippers?

Kumail Nanjiani: I only knew about the male streapthesis group. I had never heard any “behind the scenes” stories, I didn’t know this incredible story.

Murray Bartlett: Yes, it was. It was a challenge for me, because although there’s quite a lot of Nick De Noia footage and information about him and our show is inspired by the story and those characters, we had to bring our own input. I had some reference points of the character I played so I could use that as a starting point and also try to capture his essence. It was a lot of fun and I really enjoyed the experience.

Ozana: How did you prepare for your roles, how did you research the characters?

Kumail Nanjiani: Well, there wasn’t much footage of Steve with me. So for me it was more complicated, I guess. I watched some videos about him, saw what other people said about him, people who liked him and people who hated him, what their impressions of him were. Then, knowing what he did, what he was like, I created my character as written in the script. So it’s nice to have some bonus information outside the script. But to make Steve real I had to use my imagination, because it’s very hard to know exactly who he was. So my job was to create this character as he exists in this version of the story. 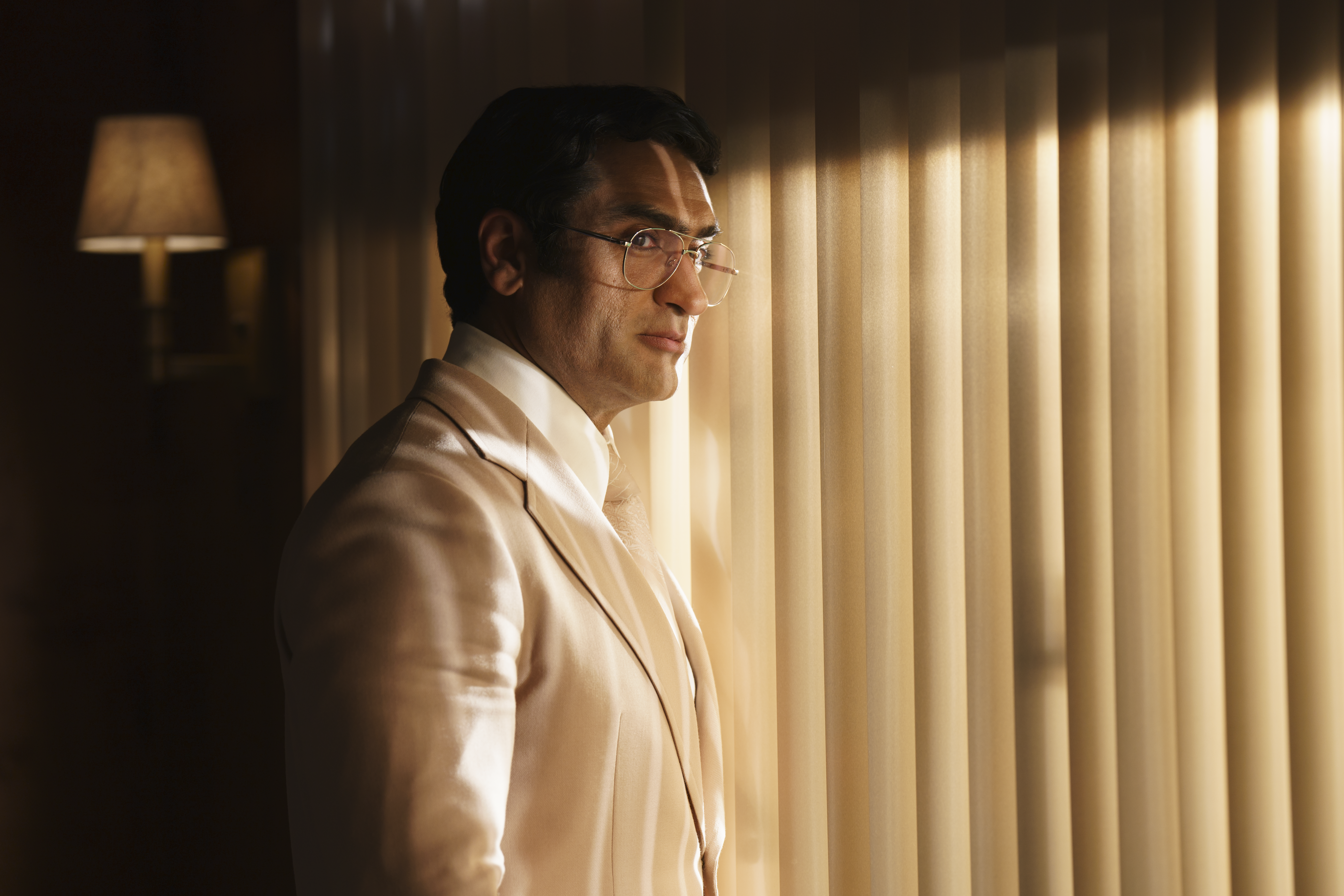 Murray Bartlett: Yeah, like I said, I had a fair amount of material and footage with Nick. Not much was known about who he really was as a person, other than what you could see in those videos. And people who knew him, who were interviewed, were talking about him in general terms, without much detail. They just gave some general impressions, but not much detail.

So we had a great team of writers who helped us a lot. Also, the great group of actors was sensational, we had fun shooting, we worked as a real team. Together we discovered and explored who these real people were, the writers showed us their versions and we turned them into characters that we presented on screen.

Ozana: Kumail, for Eternals, you went through a significant physical transformation that made worldwide headlines. For Chippendales you went the other direction. What were those processes like for you?

Kumail Nanjiani: I have always, in my roles, done what the character asked for. This character in Welcome to Chippendales, Steve, I saw him in a specific way and I had to work on my physical appearance in that way as well. The same with “Eternals,” you know, I felt that the physicality of that guy was very tied to his characterization.

For me, being able to use my body to create a character is extremely important, it’s basically a part of it. For any character I make a commitment to being able to carry it out.

Ozana: Murray, you play Frank in the soon-to-be-released series The Last of Us, based on the iconic PlayStation game of the same name. Can you tell us a bit about that role, what’s it like to play in a dystopian future, compared to the 70s atmosphere of Welcome to Chippendales?

Murray Bartlett: My God, yes! It’s very different! (laughs). I mean, in some ways, totally opposite worlds. The Last of Us series, it was a great adaptation, and the whole team did a great job. The part of the screenplay that I played in was extraordinarily well written and a lot of resources went into creating that series.

We shot in the cold months, in a pretty bleak part of Canada. So it was the opposite of being in a fun club in 1970s LA. But in a wonderful way, I mean that’s the great joy of being an actor: being able to be and feel like you’re part of different worlds, you can play very different characters. I’m super excited about the release of The Last of Us.

Kumail Nanjiani: Me too! I love the games, and the show looks absolutely great!

Ozana: Kumail, Silicon Valley, Oby-Wan Kenobi and Welcome to Chippendales are very different series. Do you have a favourite genre, or at least a genre you feel most comfortable in?

Kumail Nanjiani: That’s quite a difficult question. I was part of “Silicon Valley” for six years, I really knew everybody on that show. And it was my first major role on a show. So that’s a big part of my life. And it really changed my life! So it will always be a special role in my career and in my soul.

But with Welcome to Chippendales, I got a little out of my comfort zone and had to try new things. I also learned new things and I think I did kind of perform. So, my favorite… it’s hard to say, because I love them all, but “Welcome to Chippendales” is definitely the show where I learned the most. So, in a way, it was the most rewarding for me.

Ozana: Kumail, you were also one of the executive producers of the series “Welcome to Chippendales,” in addition to starring in it. In the long run, would you prefer to be an actor or do you feel a tendency to seek more work behind the camera as a producer, writer or director?

Kumail Nanjiani: I’d love to do both. Both in front of and behind the camera. I mean, I find both very interesting. I’m still learning so much about acting.

I don’t want to just move on to writing or things like that. I really feel like I still have a lot to learn in that department. And it’s still very interesting the whole process. I’m still taking baby steps here. I’d love to be able to do both. But I will definitely focus on acting in the future.