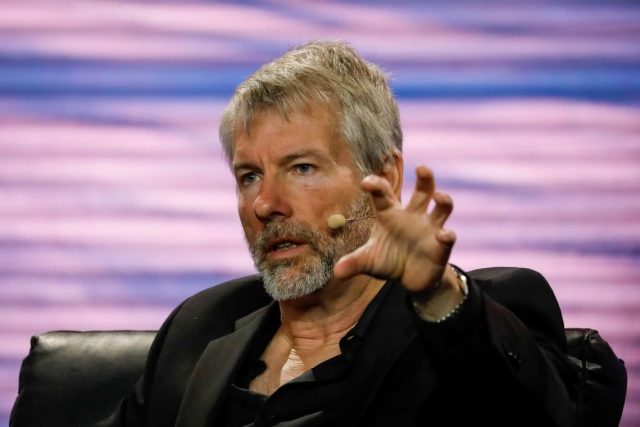 MicroStrategy shares are up more than 23% since the beginning of January. So the first month of the new year has been extremely positive for shares of Michael Saylor’s company, especially after two months of relentless declines, during which MSTR’s stock price fell more than 50%.

Michael Saylor, as co-founder and CEO of MicroStrategy, did not comment on the significant rise in the company’s stock price but once again reiterated his bullish position on bitcoin in his characteristic style. As a reminder, Michael Saylor and his company hold 132,500 BTC on the company’s balance sheet.

Since the start of BTC buying in 2020, MSTR has become a kind of beta of the leading crypto-currency. The main reason for MicroStrategy’s stock price rebound is also obviously due to the “post-Santa rally” that emerged in the crypto-currency market in early 2023.

Read:  The crypto-currency market hasn't bottomed out yet, it's going to plunge again!

At the same time, MSTR is falling and rising harder than bitcoin itself, and is additionally experiencing all the negative factors of traditional finance and the current monetary policy of the US Federal Reserve. Add to that the fact that some crypto-currencies have been purchased as loans, and every Fed rate increase makes the cost of that loan more expensive.