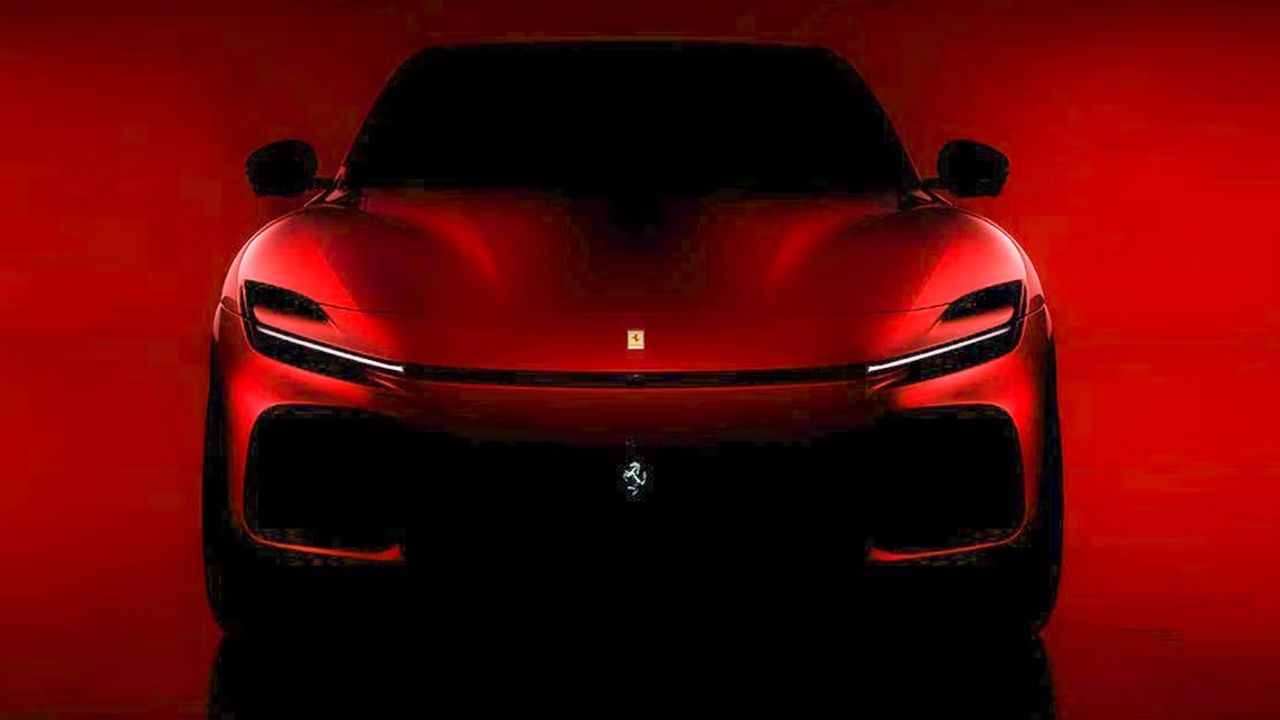 Ferrari Purosangue will be the brand’s first SUV.

Ferrari has released a teaser image with Thoroughbred, its first SUV.

The teaser shows a front view of the car with very thin horizontal headlights, a large air intake and two Ferrari badges, one on the hood and one on the grille.

The SUV will have a plug-in hybrid powertrain with a front-wheel drive with a central engine.

In a press release, Ferrari said that “a completely different Ferrari will come. This car has its roots in Ferrari’s 75-year history of uncompromising innovation, evolution and performance. You will find out more later this year. “

Thoroughbreds are to be unveiled by the end of this year, with deliveries starting in 2023.

Ferrari follows in the footsteps of rivals

Several images of Thoroughbred – Italian for thoroughbred – undergoing road tests in Italy suggest that the car will be more of a crossover than a traditional SUV.

It looks more like a five-door Grand Tourer than a direct rival to the Lamborghini Urus or Aston Martin DBX.

Purosangue was announced in 2018 at the presentation of Ferrari’s five-year product plan, which said the SUV would “extend Ferrari’s driving emotions to more occasions and passengers” and create “opportunities for further product extensions.”

Read:  Russia could be left without Netflix: how big the "damage" is

Ferrari is one of the latest luxury brands to rise in the wave of SUVs.

Bentley launched its Bentayga SUV in 2015, followed two years later by Lamborghini with Urus and Aston Martin, which launched DBX in 2020.

Until then, Ferrari will invest up to around € 500 million in its Maranello and Modena plants in central Italy by 2025 to support new technologies and create 250 jobs, the local region of Emilia-Romagna announced.