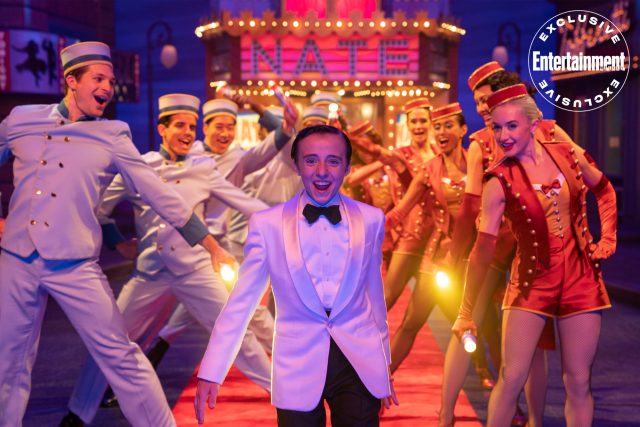 The official trailer for “Better Nate Than Ever” has been released and gives fans some details about the upcoming Disney + movie.

“Better Nate Than Ever” has been confirmed on Disney + since November 2021. The film is based on the novel of the same name written by Tim Federle and follows the story of the character Nate Foster, while striving to fulfill his dream of becoming known on Broadway. The film is directed, written and produced by Tim Federle (author of the book), who also dealt with the Disney + musical in the past: “The Musical: The Series”.

When we can see the musical “Better Nate Than Ever”

Walt Disney Studios has released the first trailer for “Better Nate Than Ever”, in which we can see some images from the upcoming movie. The trailer shows the actor Rueby Wood, bringing to life the main character, an extremely charismatic theater enthusiast, who goes through the challenges specific to high school age, trying to go viral on TikTok, while trying to get on Broadway.

Read:  Since when do ads appear on Netflix: the streaming giant has changed the date. What it means

Also in this movie we can see the actress from “Friends”, Lisa Kudrow, in the role of Foster’s aunt, who is also a Broadway actress.

“Better Nate Than Ever” is scheduled to be released on Disney + on April 1, 2022 and promises to whet the musical appetite of fans of this film category.

It remains to be seen whether the production will live up to expectations, since, by definition, it will niche its audience twice. On the one hand, “Better Nate Than Ever” will be satisfactorily enjoyed by all those who have a passion for music movies. On the other hand, the film is about a teenager, so the target audience will obviously be a young person. Considering these elements, it is easy to understand that the film will be aimed strictly at teenagers who like musicals.

Read:  The peasant with two faculties who fascinated the Romanian public. Mihai Mereuță went to the exam in his shoes and shared the stage with Toma Caragiu and Margareta Pâslaru

The official production trailer can be watched in full in the following: