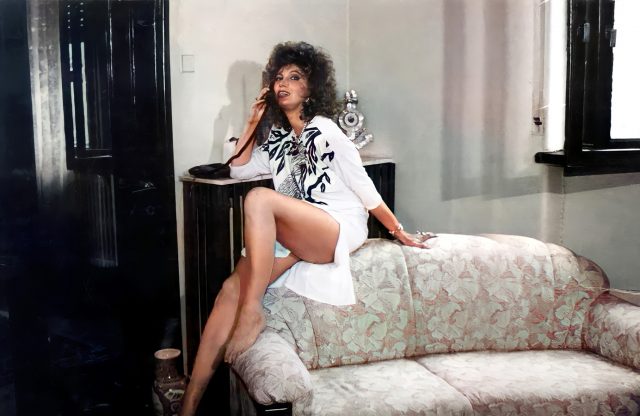 Cezara Dafinescu was considered, in her youth, one of the most beautiful actresses in our country.

And rightly so. Just look at a few of her photographs and you’ll understand why, even by 2022 standards, Cezara Dafinescu was indeed a woman who fully deserved the status she had achieved.

The actress was no stranger to this, nor was she too surprised when yet another Romanian overwhelmed her with kind words. “I looked so good that people turned their heads after me in the street,” she confessed at one point.

Cezara Dafinescu, a constant presence in Romanian cinema, but also on the theatre stage

Cezara Dafinescu was born on August 4, 1948, in Sibiu, and graduated from the Institute of Theatrical and Cinematographic Arts in 1973, in the class of Professor Moni Gherlerter.

Throughout her career, the beautiful actress played in countless Romanian films, including Brigada Diverse in Alert, Explozia, Buffetul “La Senat”, Ciprian Porumbescu, Accident, Războiul Independenței, Action “Autobuzul”, The S Network, Dumbrava Minunată, The Departure of the Vlachsins, The Return of the Vlachsins, The Fourth Fence Near the Debarcarder, Cucoana Chirița, The Secret of Nemesis, Chirița in Iași, A Studio in Search of a Star, I’m Free!, Harababura, Red Rats, The Telephone, Attack in the Library, Tears of Love and The Voice of the Heart.

In recent years, the actress has joined the cast of Bunraku, since 2010, and Toni Erdmann, since 2016.

Beyond cinema, Cezara Dafinescu has also been a constant presence on Romanian theatre stages. Among her most important plays: Gaițele, The Clown Wagon, Titanic Waltz, Temptation, Chekhov’s Machine or The Examination, but the list could go on.

She was married twice, but her second husband was the chosen one

Cezara Dafinescu was married twice in her lifetime. The first time to the actor George Motoi, who, according to her own statements, would have guided her in life, but also in her career.

In 2015, the actor passed away, and his ex-wife wrote him a touching letter from which many of us could learn something.

“Everything in life comes unexpectedly and so it goes until the end! I fell in love with George my sophomore year in college. First by seeing him in the movies! Then, fate made us meet again and we became a couple, in life and later on stage. He was the “Handsome Prince” every girl waits for to ride in on a white horse…

I learned from him that freedom is not the right to do what you want, but to do what is right. It is taking a risk. It means responsibility, which is why most people fear it. But most of all, George taught me that in theatre you have to walk in the front door.

I’ll always be grateful to him for everything he’s given me, but… Our feelings, even the strongest, die… and you look at the woman you were years ago with the indifference and curiosity with which you look at a strange woman.

I don’t know when or how our love died. Our destiny hangs on a gesture, a word, at first the smallest effort is enough to hold it in place, then you have to set a giant mechanism in motion.

Read:  The alternative to Netflix and Disney+ that all Romanians need to know: it makes you forget about HBO. When SkyShowtime launches

As André Maurois said in “Climate”: “The suspicions nestled in one’s soul, laid in a row like mines one after the other, destroy love by successive explosions.”

A great love fails to bind the loved one to you, if you do not know at the same time how to fill his life with a wealth of ever-renewed feelings.

George and I remained friends. We are two people who once loved each other, have a child together, and it is not our fault if our feelings have changed with the passing years. To disown George would be to disown myself, because at one time in my life, he was THE ONE,” wrote Cezara Dafinescu.

Her second marriage, to businessman Gelu Fronea, was to show the actress that every man in this world has a “half”. For her, that half was Gelu.

Unfortunately, Fronea also ended up in a motorcycle accident in 2008.

Since the death of her second husband, the actress never wanted to remarry, falling into depression.

“My two marriages were very intense. At least with my second husband it was very quick, very intense. I was only with him for eight years. It was meant to be. I fondly remember the Easter we always celebrated at the Cașin Monastery. I can see now that sea of candles. Those are the memories. (…) When Gelu appeared, it was something indescribable, a comet, something…”, the artist once said about her great love, Gelu Fronea.