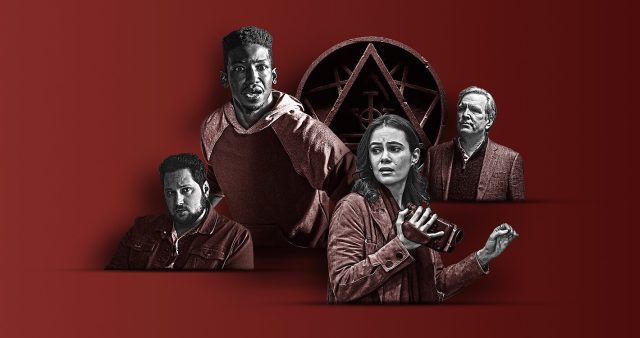 Available on Netflix, “Archive 81” may be the perfect choice for you if you’ve seen “Paranormal Activity” before and enjoyed it. Moreover, it can be said that this series is quite similar to the “Blairwitch Project”.

The “Archive 81” series is an adaptation of the popular podcast of the same name, written and produced by Marc Sollinger and Dan Powell

Of course, although we are talking about an adaptation of a podcast, the producers also bring new elements in this series and rely on the mixture of images, using VHS tapes.

In an interview with CinemaBlend, Sonnenshine said she has a real passion for different video camera formats, but also how using different film styles can enhance the typical storytelling experience.

She stated that “many series look the same, and the new technique helps the production to stand out, in the sense that it does not look like anything that has been seen. Each format has a unique visual quality, but also a different texture.

Horror movies with “found” footage have been declining in popularity lately – “Paranormal Activity: Next of Kin and” V / H / S / 94 “being the best known of the genre. Despite its large fan base, no one seems to have been interested in exploiting such niche approaches. So far, at least.

Read:  Super Mario Bros. anime from Nintendo, since 1986, has been restored in 4K

“Archive 81” is a thriller co-produced by podcast creators Sollinger and Powell, while Sonnenshine adapted the script.

The film tells the story of film archivist Dan Turner (Mamoudou Athie), who restores a collection of tapes belonging to director Melody Pendras (Dina Shihabi) and, in the meantime, discovers a terrifying mystery about a cult.

The series can be watched on Netflix.