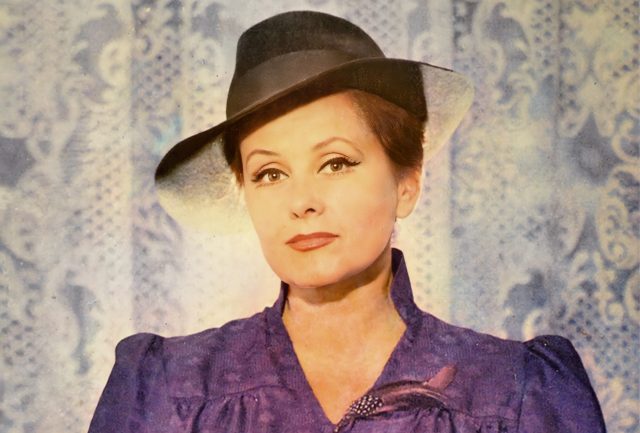 No matter how old you are, at this moment, you can’t not know who Stela Popescu was or what the great actress meant to Romanian theatre and cinema.

Over the years, Stela Popescu has acted in dozens of Romanian films, but she has also delighted Romanian audiences in hundreds of performances on Romanian theatres. She was, in turn, a “joke” partner of Ștefan Bănică Senior, and in the last part of her life she performed with Alexandru Arșinel.

Stela Popescu was recommended by “voice and talent”

Stela Popescu needs no introduction. Actress, singer and, after all, one of Romania’s undisputed symbols.

According to an interview she gave in 1970, the artist was passionate about painting as well as music and acting – a little-known fact.

In the same interview, when asked what she would have liked to be if she had not become an actress, Stela Popescu confessed: “A housewife. A good housewife. I like to stay at home. In my house. To cook, to cook, to eat. I hate restaurants”.

Furthermore, the artist maintained that there was no such thing as a “weak audience”, pointing out that when the reaction is not as expected, the fault lies solely with the actor who, without fail, has failed to connect with the audience in front of whom he is performing.

Read:  Disney's Better Nate Than Ever, ready to launch: what details the new trailer brings

But don’t they think, the cataloguists, what shape they were in that evening, when they appeared before the audience of the weak one!

We, only we, the actors, are to blame. We, on one evening or another, facing one audience or another, are more or less full of verve, more or less convincing, more or less professional. The actor, let’s be clear, is the only one to blame”, Stela Popescu also declared in an interview with Cuvântul Nou in 1971.

The great actress made her film debut in 1958, in the film Hello?… You’ve got the wrong number! and, throughout her career, she played in more than 25 films, among the most famous being Nea Mărin Miliardar, from 1979, with Amza Pellea, Pe Malul Stîng al Dunării Albastre, from 1983, or even În Ogni Zi Mi-e Dor de Tine, from 1988. Obviously, the list is much longer than that.

Moreover, Stela Popescu had a brilliant career, including in television. She starred in TV sketches from the founding of the Romanian Television until the time of her death.

She appeared in plays and entertainment shows, succeeding in conveying the spirit of revue theatre that characterized her so well.

To pay tribute to his career, in 2005, TVR released the DVD Stela and Arșinel. A year later, O stella printre stelle (A Star Among the Stars) was also released.

The day the “star” set

At the time, publications across the country seemed to have taken it “to the valley”, trying to speculate on the “real” reasons for the artist’s death, completely ignoring her decades-long career, in which she delighted, generation after generation, so many inhabitants of Romania.

Stela Popescu meant “New Year’s Eve”, she meant “joy”, above all, and so she must be remembered.