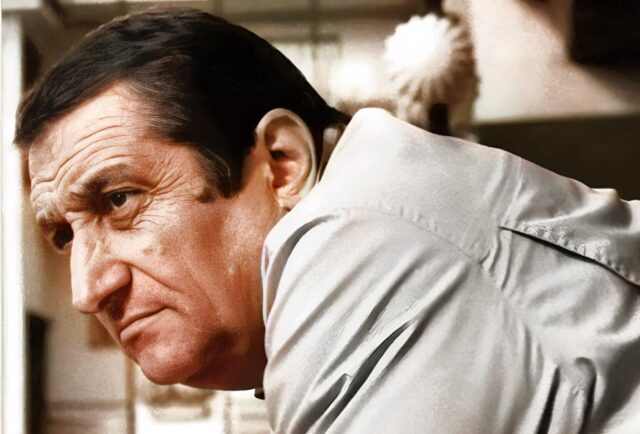 Tudor Vornicu was a well-known journalist and TV man during the communist period, but he suddenly disappeared from the small screens.

He made a name for himself, particularly at the National Television, but also at the newspaper Scânteia, where he wrote for many years.

Tudor Vornicu, one of the country’s first great television men

Tudor Vornicu was born in Anghelești, Vrancea county, in 1926. He was born into a modest family, his father being a teacher and his mother, from a family of Italian origin (who came to Romania in 1892), a housewife.

However, one of his uncles owned the Azuga glass factory, as background information.

In 1930, young Tudor Vornicu’s family had to move to a town in the Danube Delta and he was forced to change schools frequently.

He studied, over time, in Galați, in Tulcea, and later in Bucharest, at the Gheorge Șincai High School, where he obtained remarkable results and passed the Baccalaureate exam with flying colours in 1945.

In his youth, Tudor Vornicu played rugby for Pandurii Tudor Vladimirescu, but also other sports such as athletics and shooting.

However, life would take him on other paths, and in 1948 he became a reporter for the newspaper Sportul Popular, where he worked until 1956, when he took a job at the famous communist newspaper Scânteia.

Read:  The actor who was married three times, but only one woman "took his mind": Dan Tufaru's ex-wife died shortly after him

Later, he was appointed cultural attaché at the Romanian Embassy in Paris, which gave him the opportunity to report from the scene, including the appointment of Charles de Gaulle as the 18th President of France.

Moreover, he reported details of the visit of Stalin’s successor Nikita Khrushchev to Paris.

Evidently, the years he had the opportunity to spend in Paris introduced him to the television “bug” and he later became one of the biggest names on National Television.

He would become coordinator of the Golden Stag Festival, as well as producer of many shows, among the most important of which were “From A to… Infinity”, “Studio N”, “Sunday Mosaic”, “Photographs from Reality”, “Sunday Album”, “Post Meridian”, “Point”, “Counterpoint”, “Cartoon Gala”, “Metamorphosis”, “How do you like it?” and even “Duet Parade”.

Those of previous generations can also remember with great nostalgia the New Year’s Eve parties made by Tudor Vornicu on TVR.

Put “on the loose” by television, dies shortly afterwards: “It seems Elena Ceaușescu didn’t like him”

In 1988, he was awarded the ACIN 1988 Special Jury Prize for his entire activity and for his special contribution to the creation of a school of Romanian documentary television.

Although he shaped the spirit of Romanian television and taught many people his craft, Tudor Vornicu was at one point excluded “from the bottle”.

Read:  What will happen to Dacia in 2022: the latest speculations about Renault

“In ’89 they took away almost all of his shows, From A to… Infinit, the Saturday night shows, programs he produced. Elena Ceaușescu didn’t seem to like him. He was far too popular. Because it wasn’t a joke when people said that TVR meant Tudor Vornicu and the rest,” said Octavian Sava.

Shortly after this happened, the great Romanian journalist breathed his last, on April 2, 1989, a few months before the fall of communism in our country.

“There were enormous crowds at the funeral, his daughter, who was expecting a child, beautiful women crying their hearts out, his team, distraught to the max, and a very ingenious young man who vinegared the flowers on the countless wreaths so they wouldn’t be stolen. The bats were in bloom. It was his favourite flower,” Irina Margareta Nistor recounted at one point.

“He was an impeccable professional, including when it came to films, ready to support you, to stand up for you, which in an age of cowardice was even more precious,” film critic Irina Margareta Nistor also said.

What’s more, it was suspected that, during his lifetime, Tudor Vornicu would have been more than a collaborator of the Securitate, so his exclusion from television seems all the more bizarre.