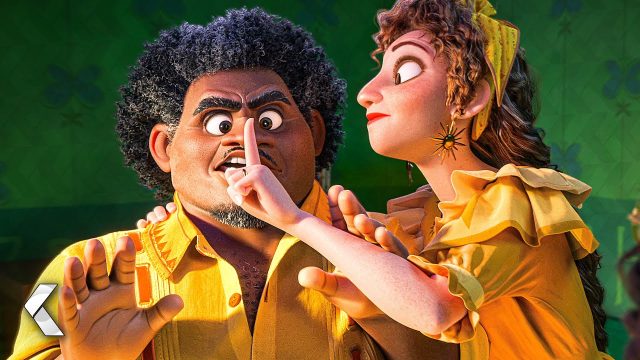 The hit “We Don’t Talk About Bruno”, from the Disney animation “Encanto”, broke a record that not even “Let It Go” managed to tick at the time.

The song “Encanto”, “We Don’t Talk About Bruno”, has managed to become the most beloved Disney song of the last 29 years.

Released in theaters on November 24, 2021, “Encanto” did not necessarily enjoy the success it was expecting – but this is not a surprise, since Disney is not at the first mini-failure of this kind.

The animated film grossed $ 93 million for the United States and $ 228 million worldwide. As you can see, we are talking about numbers that are not small, but not large, compared to what the Disney giant used to be in the past.

Read:  Dead Can Dance Concert, in our country: where to buy tickets

Seeing this, Disney decided to move “Encanto” to its streaming channel, hoping that, at least, it will be able to wash away the shame of failure. The decision was a good one, it seems, as the target audience (families) watched Disney + enough times to consider the effort worthwhile.

The soundtrack of “Encanto”, more appreciated than the animation itself

Immediately after Disney’s decision, an unexpected thing happened: the soundtrack from “Encanto” was extremely well received by the public. The song “We Don’t Talk About Bruno” was in the top of the list. In early January, it reached number 4 on the Billboard charts, matching the hits “Can You Feel the Love Tonight” from “The Lion King” and “Colors of the Wind” from “Pocahontas”. We are now at the beginning of February and the song has managed, in the meantime, to surpass the previously mentioned musical productions.

Read:  Netflix, Disney+ and HBO have a new competitor in Romania. What is SkyShowtime and what movies and series you can watch

According to Variety, “We Don’t Talk About Bruno” is now No. 1 on the Billboard 100 Charts and is the second Disney song to tick such a performance after “A Whole New World” 29 years ago. from “Aladdin,” he did the same.