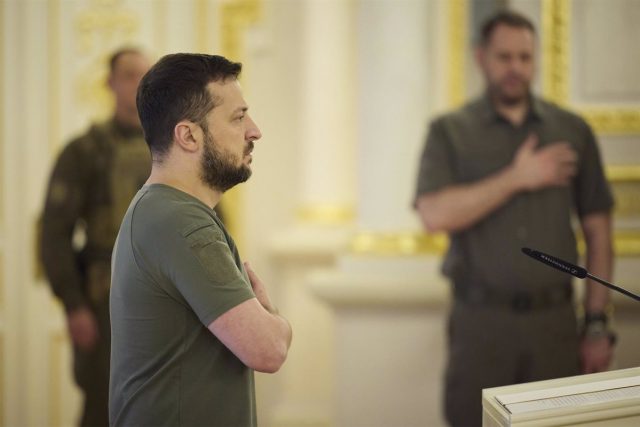 Ukrainian President Volodimir Zelenski said Sunday that the duration of the war with Russia depends on the strength his country achieves.

“The stronger Ukraine is, the weaker Russia will be and, therefore, the less time this war will last,” the president has indicated in the daily video in which he addresses the Ukrainian population.

Thus, he added that “everyone in Ukraine, everyone in the free world” should do everything in their power to make “those who support the war pay an ever-increasing price for Russian state terror.”

Read:  Canada will offer abortions to US women in case the Supreme Court annuls this right

Zelensky has thus reiterated his view of expanding visa restrictions for Russian passport holders in Europe.

The Ukrainian leader said in an interview with the U.S. newspaper ‘The Washington Post’ that the “most important sanctions that can be taken are to close the borders” to Russians. “They must live in their own world until they change their mentality,” he asserted.

Continuing with this idea, the leader has pointed to Russian citizens. “We should remember that when evil acquires such proportions, people’s silence approaches the level of complicity,” he has criticized.

Read:  The president of the INE is satisfied with the recall referendum in Mexico and affirms that the boycott is "false"

“No matter where he (Russian citizen) is, both on the territory of Russia and abroad, his voice should sound in support of Ukraine and, therefore, against this war,” he has assured.