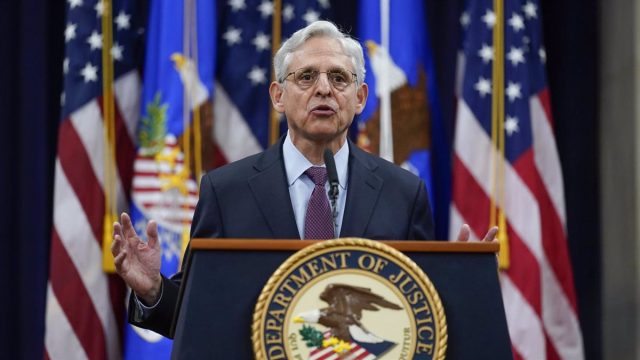 The Attorney General of the United States, Merrick Garland, reported this Wednesday on the launch of a working group to prosecute tax crimes committed by Russian oligarchs and politicians, one day after the president, Joe Biden, assured that they would go after the “fraudsters” and “corrupt” who have benefited from the “violent regime” of Vladimir Putin.

“The Department of Justice will put in place all of its mechanisms to seize the assets of individuals and entities that violate these sanctions. We will leave no stone unturned in our efforts to investigate, arrest, and prosecute those whose criminal acts allow the Russian government to continue this unjust war,” prosecutor Garland emphasized.

Read:  AI denounces that the Ukrainian Army is engaging in tactics that endanger civilian lives

“Let me be clear. If you violate our laws, we will hold you accountable,” Garland insisted during the presentation of the inter-institutional working group known as ‘KleptoCapture’, which is intended to sanction Russian elites identified for their business with the Kremlin.

‘KleptoCapture’ is a working group that intends to apply with “full effect” the economic sanctions announced by Washington and its European NATO partners in recent days, “designed to isolate Russia from global markets and impose serious costs for this unjustified act of war”.

The main targets, the statement from the Department of Justice emphasizes, are “Russian officials, elites aligned with the Government” and ultimately, all those who benefit in some way from all these illicit activities.

Read:  Boric admits that there are "things he doesn't like" about the Constitutional Convention but highlights his work

The deputy attorney general, Lisa Moreno, has remarked that those who “reinforce” the “Russian regime” will lose the “safe havens” they had had until now thanks to the business they had had with the Moscow government.

“Oligarchs, you are warned, we will use all the tools to freeze and seize your criminal profits,” Moreno said, as stated in the statement from the Department of Justice.