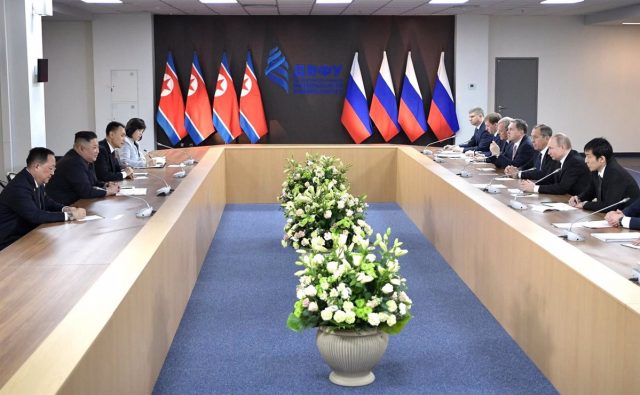 Putin has indicated that they would continue to “expand comprehensive and constructive bilateral relations with common efforts” within “the interests of the peoples of the two countries,” North Korea’s KCNA news agency KCNA reported.

Thus, he added that these measures will contribute to “strengthening the security and stability of the Korean peninsula and the entire territory,” according to a congratulation from the president to the North Korean leader on the occasion of the 77th anniversary of Liberation Day, a national holiday in the Asian country.

Read:  The activist Sultana Jaya, on the change of position regarding the Sahara: "You can expect anything from Spain"

The message from Moscow has indicated that “the two countries have deeply cherished the memories of the Red Army servicemen and patriots of Korea who fought shoulder to shoulder for liberation.”

Kim Jon Un has responded to the words of his Russian counterpart. For his part, he appreciated that relations with Russia “have reached a new level”, due to the common front “to thwart the military threat and provocation of hostile forces”.

“Friendly and cooperative relations between the two countries based on comradely friendship and militant unity will be strengthened in all fields on the basis of the agreements reached at the 2019 meeting in Vladivostok and will thus contribute to the prosperity and well-being of the peoples of the two countries,” he said.