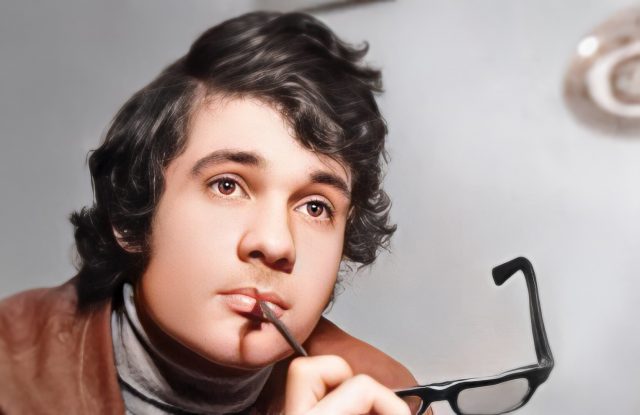 Emil Hossu was one of Romania’s best-loved actors, and despite a tumultuous life, he died on stage while his wife watched him rehearse.

Emil Hossu was born on 24 November 1941 in Ocna Sibiului. Before stepping onto the Romanian stage, his childhood was full of hardships. When Northern Transylvania was ceded to Hungary, his family decided to move to Cluj.

Emil’s father and his entire family are deported to a Nazi camp in Germany on August 23, 1945, where they spend a year and three months. At the time, the beloved actor was only four years old, which was one of his hardest times, as he himself recounts.

“I was only four years old. I spent a year and three months in Germany in the diplomats’ camp, barbed wire, sentry, forced residence. We went through hard times, such as crossing railway stations in cattle cars, just shortly before the well-known bombing of Dresden. I remember, because this story was always remembered by my parents. Even though I would have had reasons to be angry, I still wanted to do this profession and I played everything”, Emil Hossu recounts.

After his release from the camp, the whole family returns to Romania, but his father’s house, car and business are confiscated. He is also sent to do forced labour at the Danube-Black Sea Canal, from where he returns half a year later.

Because of his “unhealthy origins”, Emil Hossu succeeds in entering the ATF only on his third attempt, and a year after graduation, in 1966, he makes his theatre debut with the play “Petru Rareș”. He was officially hired in 1968 at the Notarra Theatre, after two more performances at Giulești, where he had George Constantin as his first stage partner. One of the most notable roles of the late actor was in “The Secret of Bachus” in 1984, but also in “Arrival of the Travelling Birds” in 1985.

Read:  The microchip crisis is starting to pass: what car manufacturers say, what happens to production

Actor died on stage during rehearsals

Emotionally, Emil Hossu married for the first time the violinist Ana Hossu with whom he had a son, Dan Hossu. The marriage does not last, so the actor remarries a second time with Catrinel Dumitrescu, a marriage that lasts until his death and that also has a secret, as he told Taifasuri in 2007.

“We discovered that we have in common social relations, but also profession, we have the same things we like and, first of all, we are very open. I don’t have to lie to her, for example, to go and play a game of poker, as sometimes happens, to have one of these more frolicsome relaxations and have to say I’m going to the library. No… What happens is what we do. The converse is true. We communicate and, very importantly, we like to stay home more and more, but not because we’ve become comfortable…

We think alike, we love alike. We didn’t have the feeling of fear when we met. If that’s the way it happened, that’s the way it was meant to be! But you know how it is, any passage that involves looking back creates a little discomfort of nostalgia, but perspective and direct dialogue prevailed. I even remember us joking once (she being a Libra, me a Sagittarius) when she told me she was unlucky. I told her I was lucky, and my luck is much greater than her bad luck, so together we’re going to be lucky.”

The actor died on 25 January 2012, just before he was to take the stage at the Notarra Theatre. He was in rehearsals for the play “Aniversarea” with his wife Catrinel Dumitrescu. An SMURD crew arrived on the scene, but nothing could be done for the artist. He died of a heart attack while his wife looked on. Witnesses at the scene said Emil Hossu’s last words were: “I love you, Catrinel!”, being the one with whom he shared the last two decades of his life.

Read:  Morbius is in theaters: how much does Jared Leto make?