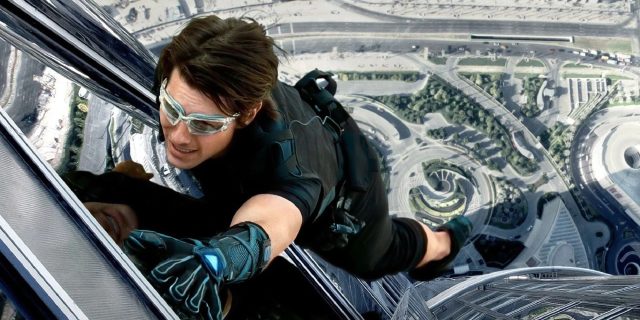 Tom Cruise explains why he continues to do stunts in movies, despite the danger, but also his age. His answer can be described as a real checkmate for the interlocutor.

Movies such as Risky Business, Top Gun and Rain Man put Cruise on the map in the 1980s, but the actor has since become synonymous with action movies and stunning stunts, largely due to the Mission: Impossible franchise.

Mission: Impossible – Fallout took Tom Cruise, played by Tom Cruise, to new heights (literally). Here, I could see the actor performing dozens of dangerous jumps from a plane, for example.

Read:  Russian cars, a time bomb: 20 years back in time and a terrible risk

On the other hand, in Top Gun: Maverick, the natural sequel to Tom Cruise’s 1986 film, the actor and producer also rely on oversized stunts, with real fighter jets that are used to create suspense.

Tom Cruise is for stunts what Gene Kelly is for dancing

Before the screening of Top Gun: Maverick at the Cannes Film Festival, Tom Cruise explained why he remains so determined to do his own stunts. The actor’s response is short, but extremely interesting, with Cruise suggesting that he does this because that is his nature, after all.

“Did anyone ever ask Gene Kelly, ‘Why are you dancing?’ Why do you dance alone? ”Tom Cruise replied, when asked why he continues to do his own stunts.

Gene Kelly was a well-known actor for films such as “Singin ‘in the Rain” and “An American in Paris”, among others, and was famous for his particularly energetic dance style, which became almost synonymous with the actor’s name.