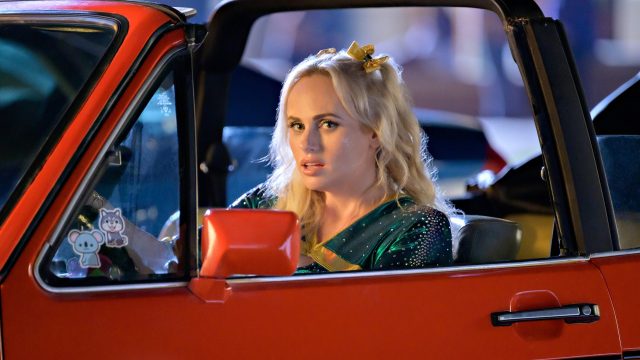 Senior Year is one of the latest comedy movies on Netflix, and it may seem like one of the most controversial, as you’ll find out in this article.

Trying not to strictly enjoy watching the comedy Senior Year, I will tell you a few things about this film, hoping that in the end you will understand why you should see it or, conversely, why you should avoid it.

First of all, don’t expect any masterpieces, because in any case, the film does not fall into this category. But if you have a free Sunday and you want to watch a somewhat easy movie, and at the same time you want to listen to the musical hits that made waves in the early 2000s, maybe you should give it a try.

Read:  Renault boss announces changes: what is happening with Dacia, how it affects us

Senior Year, a film that may arouse some nostalgia

If you graduated from high school in the early 2000’s, it is quite possible that this film will awaken in you some nostalgia, as I mentioned earlier.

Rebel Wilson plays a 37-year-old woman who has been in a coma for 20 years, missing out on her prom. Of course, when she wakes up from a coma, the woman reacts like a 17-year-old teenager and tries to recover the moments in her life that she did not manage to live. She returns to high school and behaves like a teenager, which can arouse some mixed feelings about certain somewhat controversial scenes. In addition, we can see Wilson playing the same role he plays in all the movies, the actress giving the feeling that she does not know how to be otherwise.

Read:  Volkswagen accelerates investment in green energy: what plans do the Germans have?

There is, however, an interesting part, and it refers to the differences between the generations of high school students. Although, apparently, the trends seem to have changed a lot in 20 years, in reality, they have only taken a different form. In other words, the current generations of high school students are not necessarily more evolved, from a human point of view, but maybe just a little more hypocritical. It is this detail that makes the comedy film a bad but good film.

REVIEW The Englishman: a western mini-series starring Emily Blunt that makes you think of the Coen Brothers

All the actresses who played Morticia Addams, up to Catherine Zeta-Jones on Wednesday

Without “healthy origins”, but loved by Romanians, he dies on stage under the eyes of his wife. Emil Hossu had only this to say...

Willy Rock - December 4, 2022 0
Nobel Prize-winning economist Paul Krugman has warned of the possibility of a perennial winter for blockchain projects, including crypto. In a recent article published...