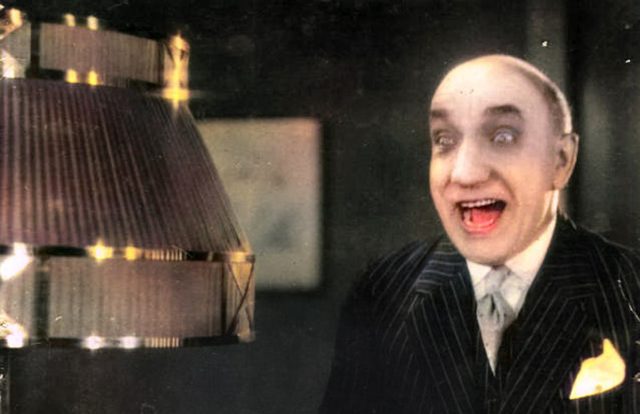 One of the most famous Romanian actors, Constantin Tănase had a life with ups and downs. From ecstasy to agony, his life was shrouded in mystery and hard times.

The life of the great actor himself is worthy of a theatrical script, in which even the main actor needed to travel a long and full of obstacles to reach the dream that resided in his mind. His big dream was to become an actor.

Born on July 5, 1880, in Vaslui, he came from a modest family. His father, Ion Tănase, worked as a pharmacy laboratory worker, while the great actor’s mother was a housewife. Folk songs and romances represented the everyday atmosphere of his house.

That’s how he came to love music, a discipline that brought him the highest grades in the first years of school. Although he did not like school very much, he fell in love with the stage, from the first contact with it. Not infrequently, during the school years, he participates in the performances at the “Pîrjoala” Garden.

Together with some friends, Constantin Tănase formed a theater group, and the first performance took place in the basement of the house, and then the stage will be “open” in the barn. His first experience as an actor took place in the theater troupe led by Mordechai Segalescu.

They were looking for an amateur actor, and Constantin Tănase was the one who drew the lucky lottery. Although he dreamed of becoming an actor from an early age, he enrolled in the military high school in Iasi, where he was rejected for medical reasons. He tried in Brăila, but the lack of money spoke for itself.

It wasn’t long before he became a teacher in a rural area, and after losing his job, Constantin Tănase chose to go to Bucharest. Here he enlisted as a volunteer in the 1st Genius Regiment Bucharest, and after the army he went on to the telegraph school.

His dream was not forgotten, enrolling at the Conservatory of Dramatic Art. Due to lack of money, he had to appear in the military uniform at the entrance exam. This gave him an advantage, as he managed to impress CI Nottara, who was part of the admissions committee and accepted him into his comedy class.

During his studies, due to lack of money, Constantin Tănase was forced to sing in the church choir and sell grease for the horses’ hooves. Later, he enlisted in the army, and for a while he was a platoon leader and an actor on the stage of the National Theater.

Read:  Volkswagen is still paying for Dieselgate: how much money has it given now

In 1905 he graduated from the Conservatory and began working as an actor. Twelve years later he married Virginia Niculescu. His biggest dream was to have his own theater. Thus, he rented the place from the Academy Garden in Bucharest and founded the “Cărăbuș” Theater, which opened its doors on July 2, 1919, the inauguration being a great success of the time.

From his own money he brings black dancer Josephine Baker nicknamed the “Sensational Woman”, which he saw in London. Aware that his life has many stories, he even thought of making a film about each story, how he got from poverty to the Conservatory and later to the title of theater director.

In 1932, in Berlin, Constantin Tănase meets Charlie Chaplin, and the film is shot both in Bucharest and in the German capital. In the last year of World War II, on August 29, he died at his home in Bucharest.

He is believed to have been killed by the Red Army, and shortly before his last day of life, the man was arrested because of a couple who allegedly disturbed the Russians. The official version of his death states that the great actor died due to a tonsillitis caused by a cold beer.