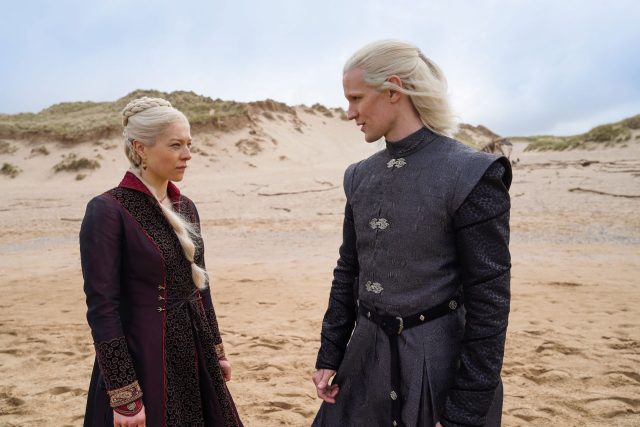 George RR Martin says the release date for the highly anticipated HBO series House of the Dragon will be revealed soon. In 2011, HBO took over the fantasy series Martin A Song of Ice and Fire, turned it into a television series called Game of Thrones, and changed the TV landscape forever.

HBO is eager to continue to expand the Westeros world with lots of spin-offs. The first, Dragon House, is expected to arrive this year. The action is hundreds of years before the Game of Thrones, House of the Dragon will explore the history of Targaryens, once the ruling family of Westeros. The series begins during the reign of King Viserys I (Paddy Considine) and is expected to cover the epic Targaryen Civil War, which is often called the Dragon Dance. It’s one of the most anticipated HBO series of 2022. However, what we haven’t received yet is a real premiere date.

The date has not yet been announced, but Martin suggested that the patience of the fans will be rewarded soon. In his latest “Not a Blog” post, Martin briefly commented on House of the Dragon, which fans are looking forward to. He mentioned that The Lord of the Rings: The Rings of Power from Prime Video will arrive in September, before adding that for House of the Dragon, “well, you’ll know soon.” He added that he knows that fans are still waiting for The Winds of Winter.

House of the Dragon appears this year

Last month, HBO boss Casey Bloys explained that the series has no release date, citing the coronavirus pandemic as one of the reasons why the network was reluctant to schedule it. HBO wanted to avoid setting a date that could be changed. With the production completed and the TV landscape looking more and more crowded, Martin’s update on House of the Dragon is, in fact, quite promising. Looks like he already knows when the show will arrive and that HBO may be getting closer to announcing it.

The year 2022 has seen an increase in networks and broadcasts that set dates ahead of months for their biggest shows. The series is a major event and it could be assumed that HBO will want to avoid competition. However, Bloys also said there was no concern about it. Therefore, a late summer / early fall premiere for House of the Dragon is not ruled out. This is the earliest time it could premiere, but until HBO confirms its date, anything can happen.

Lily Adric - May 18, 2022 0
After more than two years of pandemicthe reduction in the number of infections has led the countries of the European Union (EU)...