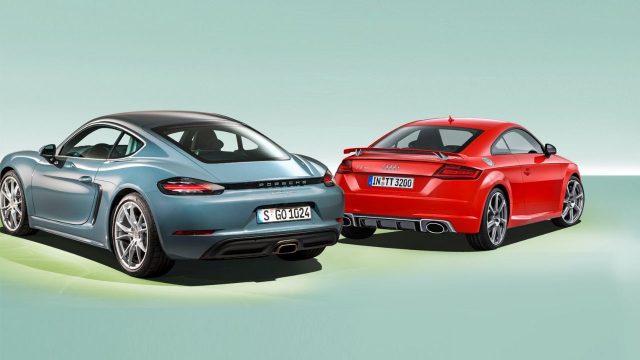 Board discussions about the plans of the two brands have created some divisions, Diess said at an event in Wolfsburg, where VW is headquartered.

Volkswagen Group premium brands Audi and Porsche will join Formula 1 after convincing the German carmaker that the move will bring more money than it will cost, said VW Group CEO Herbert Diess.

But in the end, the brands, which along with VW’s business in China are the group’s largest revenue providers, said they would bring in more money for the group with an F1 commitment than without one, Diess said.

“You just ran out of arguments,” he said.

In addition to the economic argument of the brands, the high advertising impact of F1 was apparent and convincing.

“According to both premium brands, Formula 1 is the most important lever to increase brand value,” Diess said. “With plans for a larger presence in China and the United States, the attraction that the biggest car racing show will only increase.”

Both Porsche and Audi have started working on F1 engines, he said.

Porsche’s preparations are a little more concrete than Audi’s, Diess said. Porsche will reduce other racing activities and focus more on that circuit, he said.

Read:  Tesla cars called for service: over 130,000 units overheat. What risks do you expose yourself to?

Audi is ready to offer around 500 million euros to the British luxury sports car manufacturer McLaren as a means of entry, a source told Reuters, while Porsche intends to establish a long-term partnership with the Red racing team Bull.

The Volkswagen Group’s supervisory board has backed plans for the brands to potentially join F1 as early as 2026. Porsche and Audi will provide additional details at a later date, a VW spokesman said.

The VW Group is preparing for a possible listing of Porsche in the fourth quarter of this year.