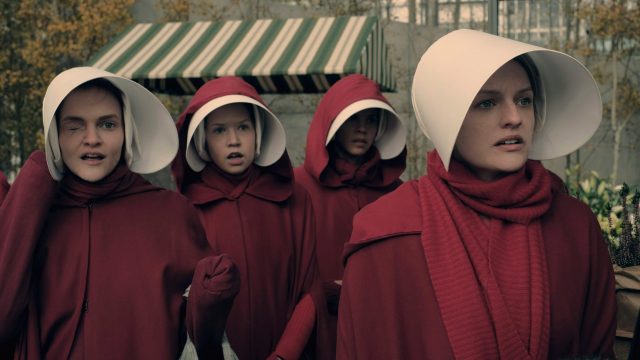 The newest official trailer for season five of The Handmaid’s Tale shows us exciting details about the major consequences June’s actions have.

From the outset, we warn that this article may contain spoilers in case you’re not up to date on episodes of this show.

The Handmaid’s Tale is an adaptation of Margaret Atwood’s 1985 novel of the same name, and premiered on Hulu in 2017.

The series takes place in a dystopian world where fertility rates have dropped to dangerous levels, for which the East Coast of America has become a fundamentalist nation known as Gilead, where women who are capable of conceiving children are held captive by the “elite” to serve as “handmaidens” and bring babies into the world. In other words, a kind of human farm.

June, the main character, played by Elisabeth Moss, is one of these servants. Over time, she became increasingly important among the rebellion against the Gilead nation, but she also managed to shock at the end of season 4.

She killed the character played by Joseph Fiennes, Commander Waterford, one of the founders of Gilead and also its master since season one.

June obviously seems to be losing control more and more often, but who could blame her for that, after all?

In the trailer, the idea of the consequences June might face, as a result of her actions, considered reckless and dangerous even by her husband, is debated.

Hulu recently released the first official trailer for The Handmaid’s Tale (season 5), which will premiere on September 14.

It remains to be seen how this storyline will turn out, and more importantly, whether June will be able to balance herself so that she doesn’t lose her sense of reason altogether.