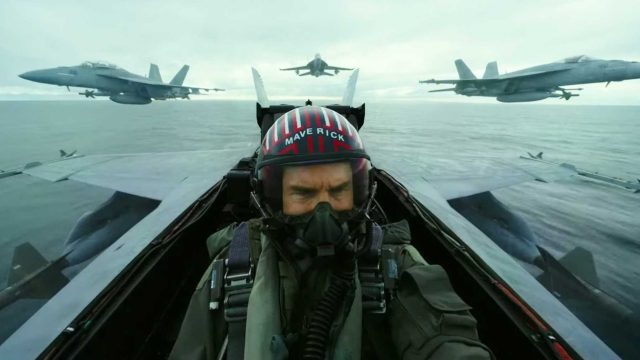 Paramount is stepping up its marketing efforts to keep fans excited until the premiere of Top Gun: Maverick. Instead of the classic promotion, the brave pilot, played by Tom Cruise is at the center of the action, showing us how it has evolved in the 36 years since the premiere of the first film of the franchise.

The long-awaited sequel to Top Gun will finally be released in theaters on May 27, after a series of more or less justified delays.

Read:  Lamborghini is facing problems: why it decided to recall an important model

Top Gun: Maverick will introduce us to Tom Cruise’s Maverick, still working in the same flight academy where he trained, but now he is also a coach. His students include the son of former Nick “Goose” Bradshaw (Anthony Edwards) and Bradley “Rooster” Bradshaw (Miles Teller).

In addition to the classic, basic conflicts in the script, it seems that Maverick will be forced to re-examine his life and face well-rooted internal disorders, which he has been trying to ignore for some time.

Distributed on the official Twitter page of the movie Top Gun, the new trailer introduces us, again, to the world of the pilot. For just 15 seconds, the video focuses on Maverick’s courageous attitude, both on the ground and in the air, reminding viewers that age matters less when attitude is right.

Read:  Netflix's Spotify series trailer is here: when does "The Playlist" premiere?

As I mentioned before, you don’t have much to look forward to: Top Gun: Maverick will be available in theaters starting May 27, 2022.

The name Maverick isn’t given, it’s earned. Get #TopGun: Maverick tickets now to see @TomCruise on the big screen – only in theaters May 27. https://t.co/67py5MSXtr pic.twitter.com/43Bgu0shsD